Cooler air pours in for the weekend behind a cold front that triggers thunderstorms Friday afternoon. Highs Saturday will about 30 degrees cooler than Thursday. Watch the temps tumble across the state in these computer-modeled snapshots from 1,3, and 5pm Friday. 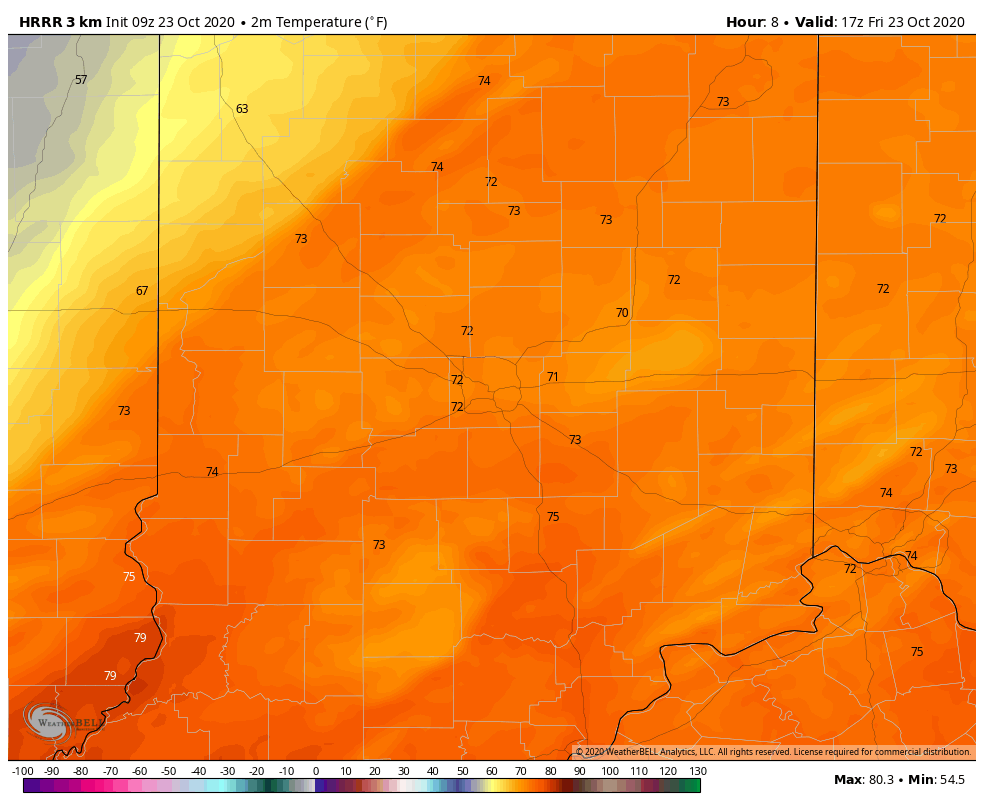 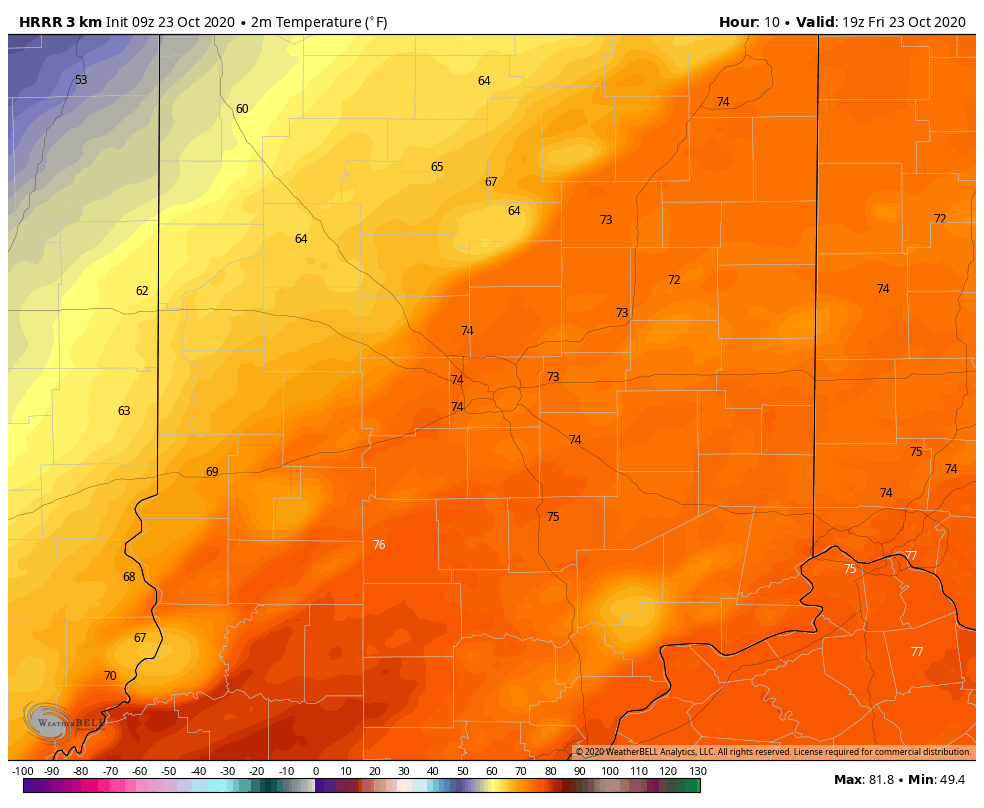 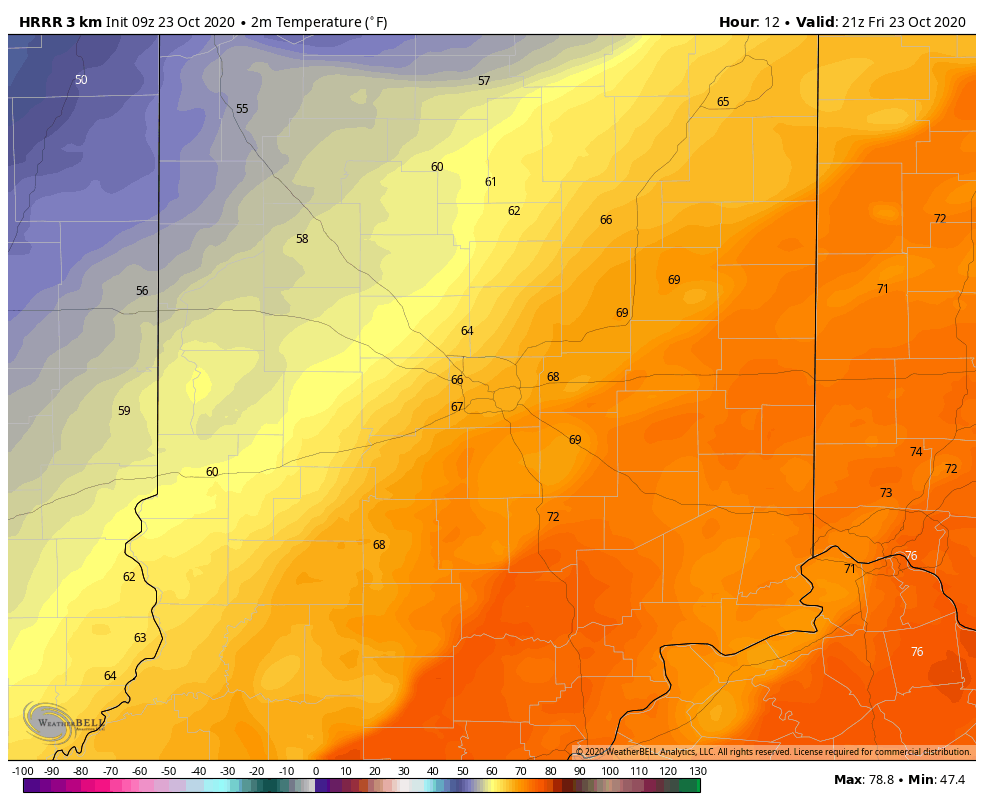 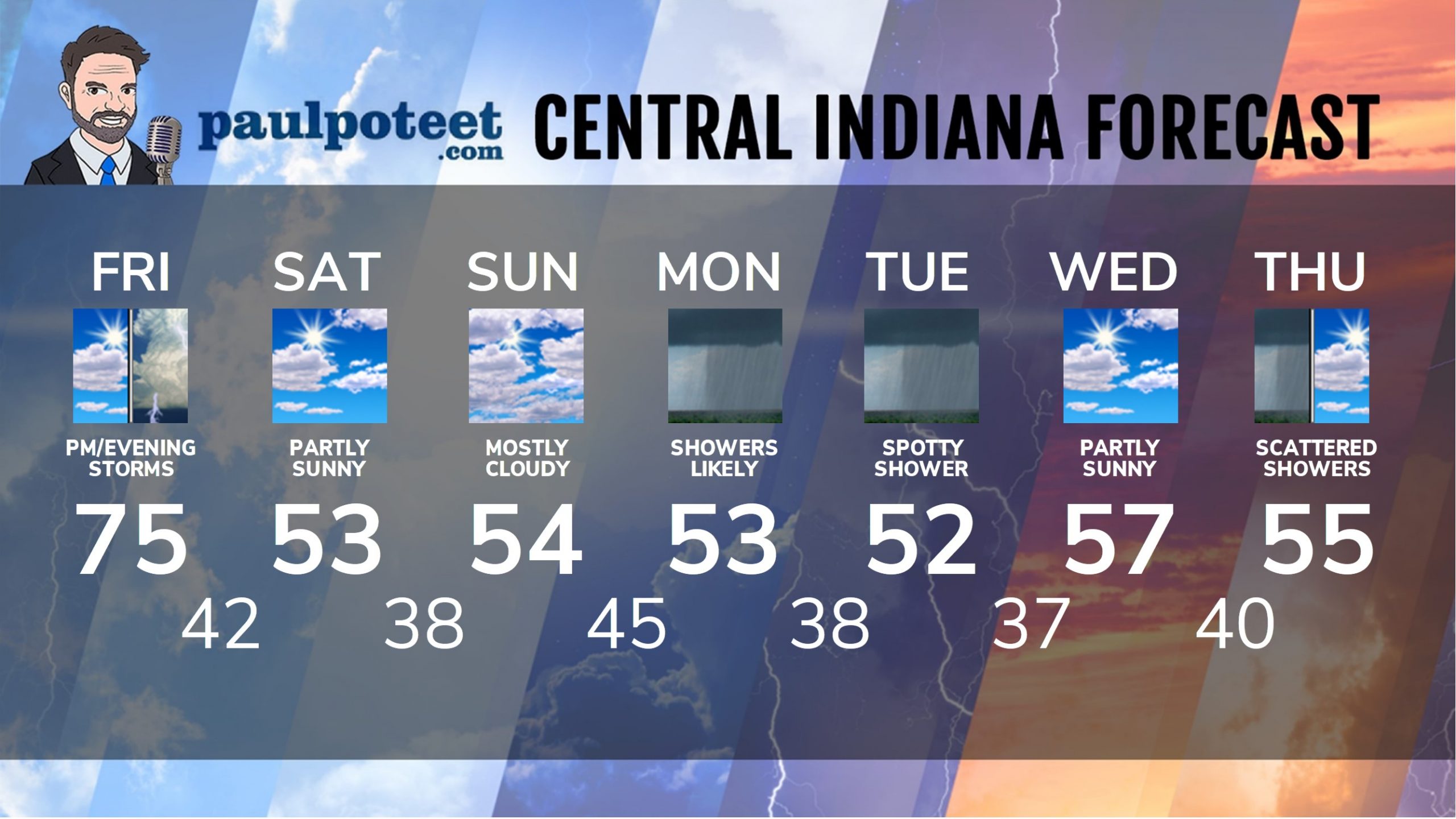