Better prediction of radiative heating in hurricane forecast models leads to better forecasts of tropical cyclone (TC) intensity. This is the first study to evaluate the importance of this radiation effect on TC forecast guidance; we found that better radiation forecasts improve prediction of hurricane intensification and genesis. 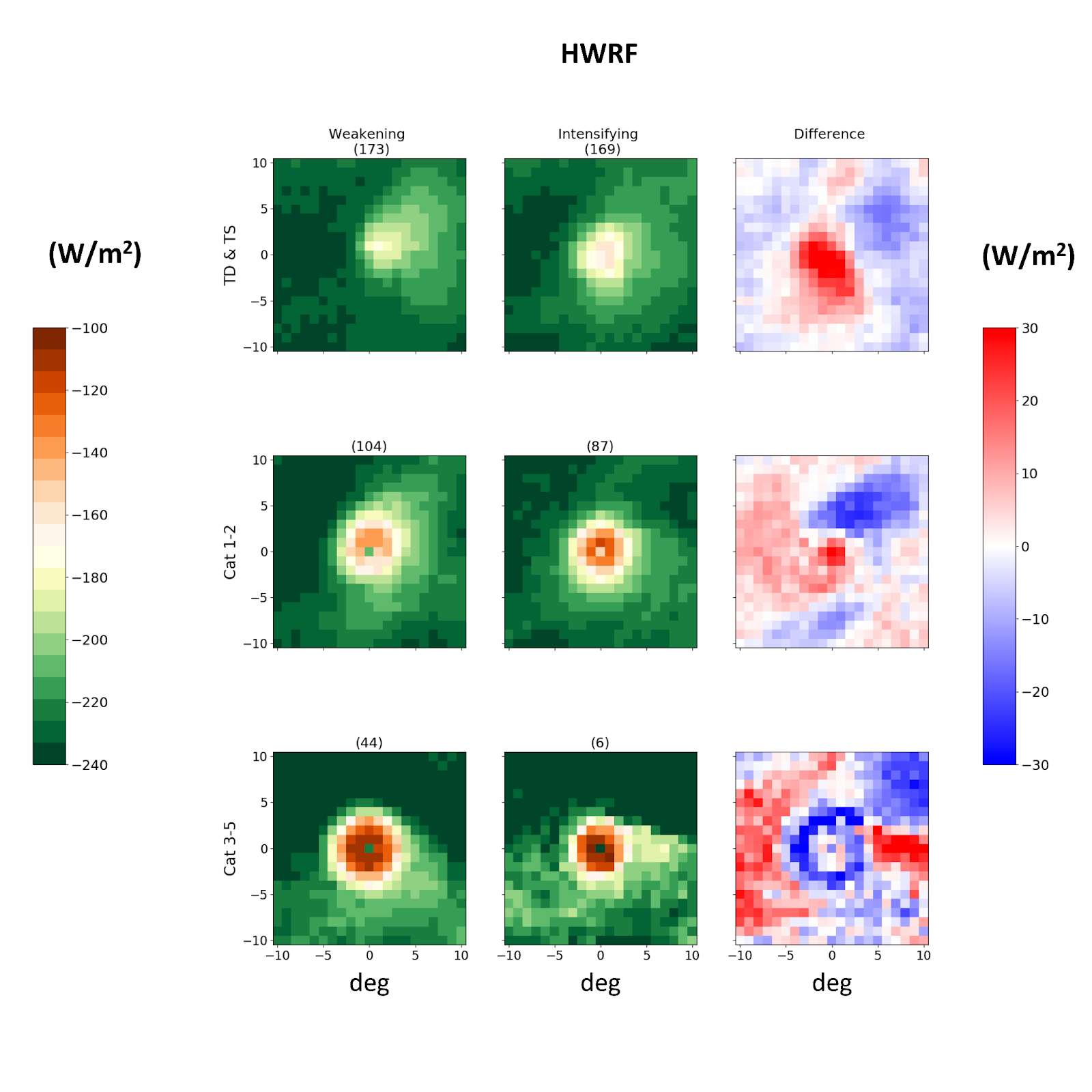 Tropical cyclones (TCs) behave like heat engines, converting the fuel (heat) into motion (the wind).  The temperature in the TC core can tell us how much of the fuel is available, which is related to the TC’s intensity.

Radiation is the transfer of energy from one object to another, and radiative heating is a change in temperature due to the difference between radiation coming in versus going out. Radiative heating is important for TCs because it can contribute to a buildup of heat in the TC’s center. Radiation from the sun is absorbed by the earth and the atmosphere (including clouds), and is re-emitted as what we call long-wave radiation, which is the focus of this study.

Recent modeling and observational studies have shown that an increase in radiative heating in a TC’s eyewall often precedes its intensification. We examined how TC intensity forecasts were influenced by the model’s ability to accurately predict radiation. We used forecasts from the 2018 version of the Basin-scale Hurricane Weather Research and Forecasting (HWRF-B) model and measurements from NASA’s Clouds and the Earth’s Radiant Energy System (CERES) satellite instruments. HWRF-B is an experimental version of the operational HWRF model, which has been NOAA’s flagship hurricane prediction system for over a decade.


View all posts by noaahrd