There are 3 systems to talk about…

..I will discuss them in depth later today.

This morning we are focusing on the lead wave.. 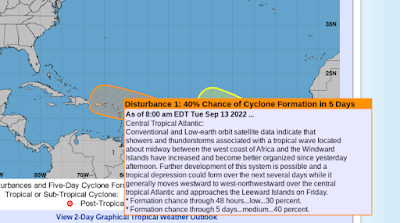 Fast moving aka “timing” is a question here.

There are a lot of questions.

Models below are FAR out…

Below is September 22nd… 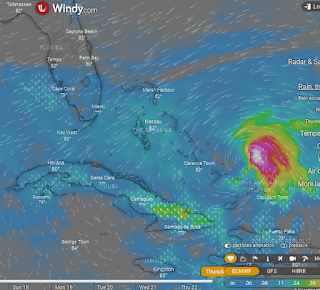 The EURO shows a developing storm.

Not a monstor but name worthy.

Up and over the Islands. 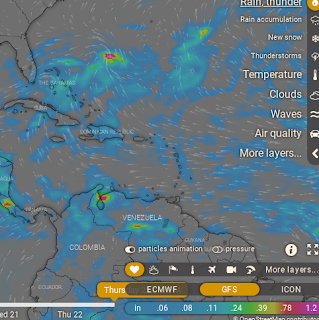 The GFS shows a murky mess of moisture…

There’s something there but what exactly?

The Icon does not go as far out in time.

But it shows something.

So including it as it has done well.

Then again it’s not looking 10 days out.. 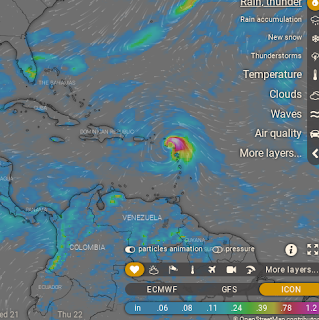 For now know the models are sniffing Fiona …

…and some models sniffing Gaston.

Ps… too early to think of a song, will add it in this afternoon!