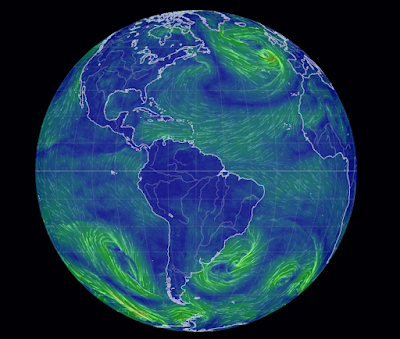 There are no hurricanes today!

Soon enough but not today….

Earth looks so tranquil from far away.

Down below, close up and personal.

We cruise around the Caribbean…. 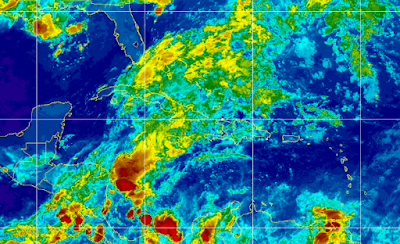 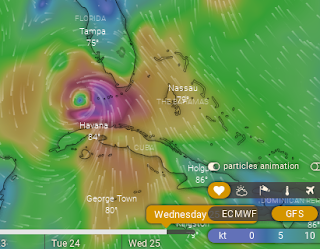 The GFS is still serving up a tropical system

Actually has it lower….

…crossing SFL more than NFL on this run.

Haha..North Florida NOT the NFL.

Below is the EURO… 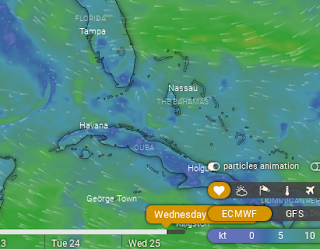 Who do you love?

Which model do you prefer or trust?

Trust is everything …isn’t it?

I know this is every day the same story and isn’t that wonderful that I can’t tell you some island is about to get wiped off the map. Not a bad day in the tropics…   Extremely HOT in Austin Texas… (one of my son’s was there last night…. he will be thrilled to get back to hot and tropical but breezy Miami today! 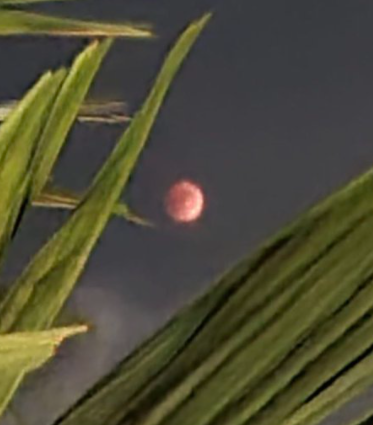 Lunar Eclipse last night was all red and orange shining down on my daughter in South Florida. WHY WAS IT REDDISH ORANGE? Dust in the atmosphere…. Some say the leftover dust from the huge volcanic explosion in the Pacific lingering in the atmosphere gave us our bloody, beautiful lunar eclipse. Some attribute this coming La Nina from the dust kicked up into the atmosphere cooling off the temperatures just enough to keep us out of Neutral or moving into El Nino.  It’s an academic point to discuss but yes that happened.

This is life. This is the butterfly wings theory of chaos, though that volcano was more like Godzilla not a pretty little butterfly!

Wild weekend in ways for me as there was a lot going on personally. I have an older son who was divorced and met a woman who is the daughter of my close friends from when I lived in Long Beach who actually is the sister of his first little best friend and they began dating quietly and they got engaged. Kind of full circle trip emotionally as on top of the California connection she was living in Raleigh when I moved here 12 years ago or so and thought it was so exciting she was here and occasionally her parents came in. And, yes this is a long run on story but it’s the way life works as our lives sometimes touch old friends again, and magic happens.  Kind of magical and wonderful to see them both happy and their families are happy for them and their friends in Long Beach, Raleigh and Miami are happy. What a crazy world. Nice to have good things to celebrate.  Some of you are thinking “she needs a new dresss” haha, yeah maybe I have been holding onto one in the closet for such an occasion.

Which brings us to the top if Hurricane Preparation and always being prepared!!!

Really it’s that simple. You can’t know in advance on June 1st if your life will be impacted suddenly, surprisingly by a hurricane but you can take the proper precautions to have what you need to deal with the storm. And, I’m talking before the storm, during the storm and after the storm. Remember, many people are often hurt or killed AFTER the storm due to electrocution, flooding or random odd accidents while rushing to secure something that came lose during the storm. The more you know about hurricane preparation the more chances you have of surviving and managing until things get back to normal. Note, depending on the size and strength of the storm it sometimes takes a long time. 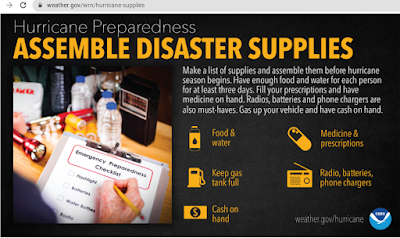 PS…. Hurricanes beat the Bruins! Does that count as Hurricane news? Yes, to some people!