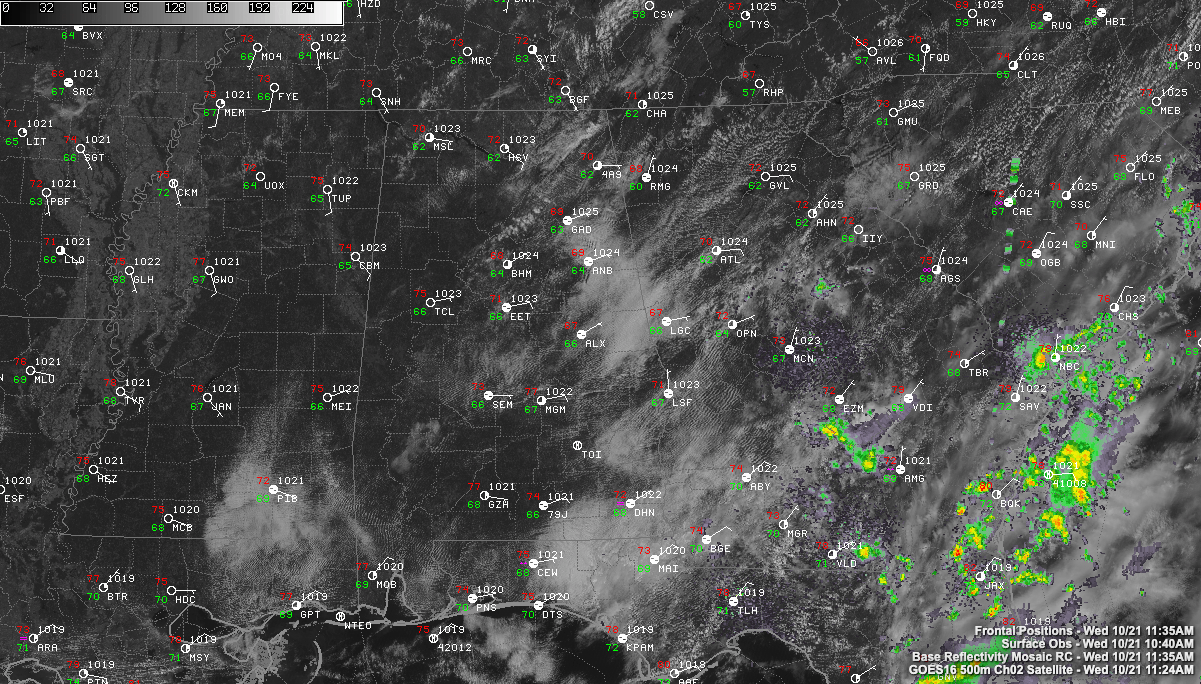 Low clouds and fog were fairly widespread across parts of Alabama, especially eastern sections this morning. Those clouds are the result of low-level moisture that continues to surge in from the east and southeast around the base of the high-pressure ridge to the east.

The clouds and fog have been burning off and sunshine increasing, except across parts of Clay, Randolph, and Chambers Counties. 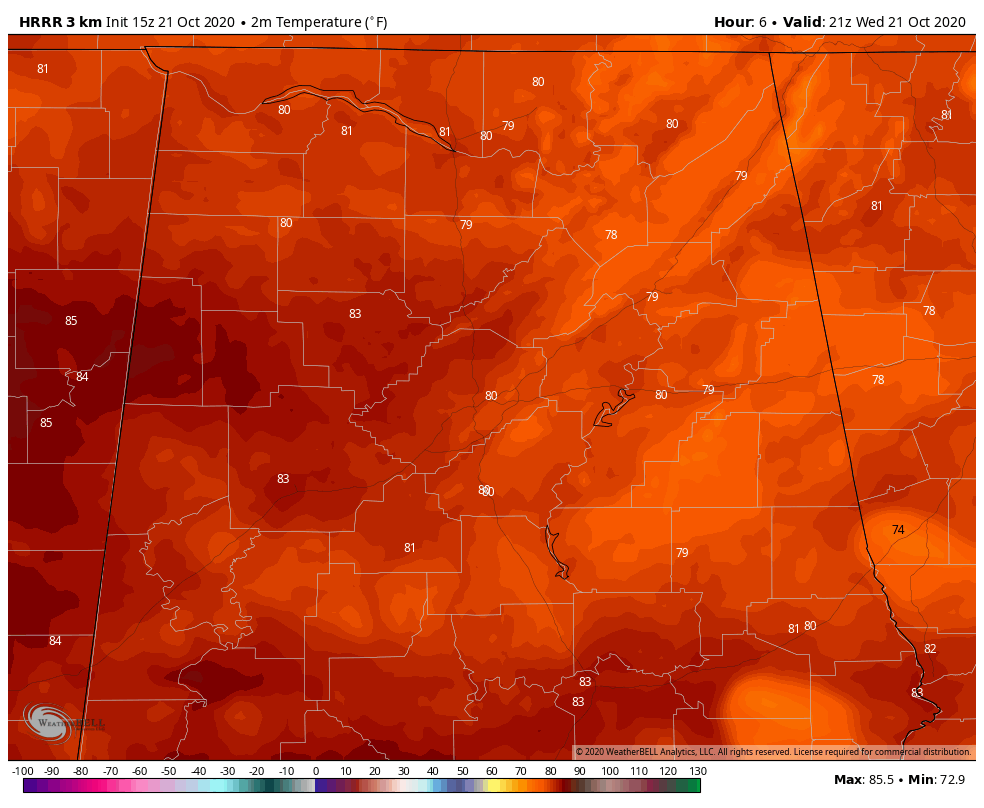 High temperatures will warm into the lower 80s in areas that have seen more sunshine, with upper 70s in some eastern counties, where clouds have been more prevalent.

A few showers are showing up over South Georgia in the deeper moisture, but they are expected to mostly dissipate before reaching Alabama. Can’t rule out a small, rogue shower or two over southeastern sections, but coverage will be very small.

Skies will be clear to partly cloudy overnight with lows in the lower 60s.

Tomorrow will be another warm day with partly cloudy skies. Highs will be in the lower and middle 80s, with the warmer readings over West Alabama again.

Showers and some thunder will re-enter the picture over northwestern sections Friday, gradually overspreading the rest of the area Friday night and Saturday.