Note the way Nicole is forecast to trace the coastline.

After it enters the water it just rides the coast.

Good discussion explaining where Nicole will go and what it is likely to do. Please read it.

Tornado concerns on the NE coast of Florida up through Georgia and the Carolinas as Nicole makes her move to the 3rd and what should be the Final Act of her tropical drama! You can see the forecast for Jacksonville, Florida and it’s surrounding areas (all the way up to St. Marys Georgia) it’s a huge story. 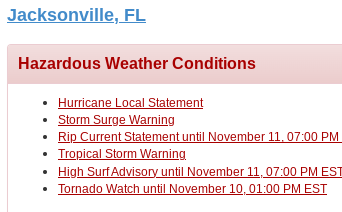 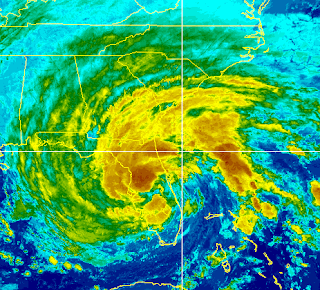 Everything around Nicole getting impacts. 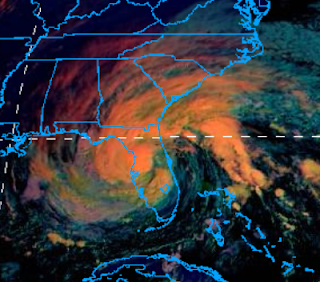 Zoom Earth below is awesome to use. 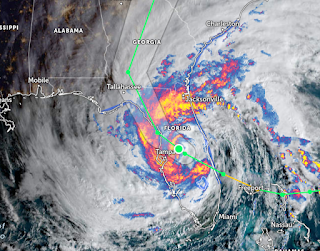 Shows various weather, track… use it. 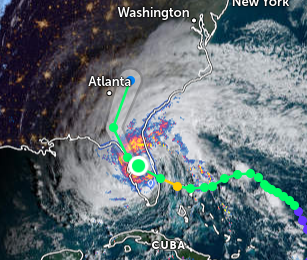 I’m tired. I’m done. I had an incredible day at the beach yesterday. Winds gusting to near Tropical Storm force so far from the center of Nicole and the ocean looked the same there that it did all along the coast. Foamy, wild, frothy as the sand took flight down the beach and sea foam flew down the beach caught in the wild winds. I had a really nice talk with the people who run the Johnnie Mercer Pier including the owner about the history of the pier, what it’s been like all day and as locals they know it could all be ripped away. Well the pier is concrete but a strong direct hit… doubt it survives intact. It was built after the old wooden pier was destroyed after the 1-2 punch of Hurricane Bertha and Fran. Again a one ..two punch much like what is going on in Florida where what was weakened by Ian is being blown apart and collapsing from Nicole’s relentless pounding surf that arrived days before the center made actual landfall.

I came home too tired to take a shower and decided to leave the sand in my hair and watched Mike on the road doing his chasing thing and then at some point his feed went dead so I watched Reed and then at some point they ended up with other chasers at a beach by a hotel and took selfies together 🙂 which was fun for me to watch as I know personally they are both good guys and well that was fun! Talked to friends on WhatsApp in the path of Nicole and watched the radar as Nicole wiggled about along the coast with little North jogs as it moved West as friction of the coastline often impacts the last moments of a hurricane’s track before landfall around 3 AM. 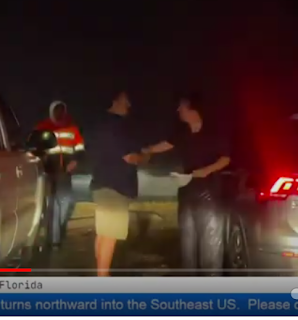 Mike got out of his rental car and walked over to talk to the other chasers. Reed Timmer was there and this is a screenshot of them meeting. LOL I went back this morning to find it so I could send this view to Mike and then they took selfies! It’s fun being out chasing running into other chasers and talking really. 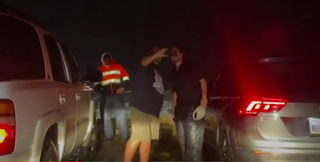 Like a fly on the wall during a chase.

A lot of driving on dark roads… 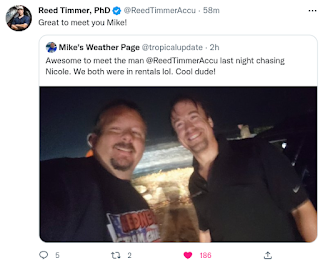 And… the final product!

A meeting of great minds.

Mike is Mike … both good, both very real.

They do what they love.

Doing what you love makes you happy! 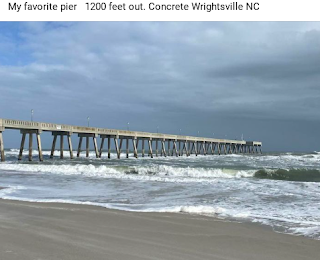 I did that yesterday.

I was very happy!

Seafoam racing caught in a video.

Down the beach fast … winds 31 MPH

a second later below.

A beautiful pier in a wild storm.

I was there with my husband and one lone fisherman. 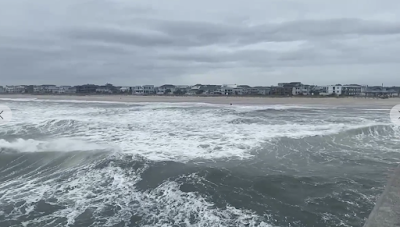 Doesn’t get better than that!

Nothing is a better muse than the sound of the wind…

…a foamy surf and the wind ripping at you! 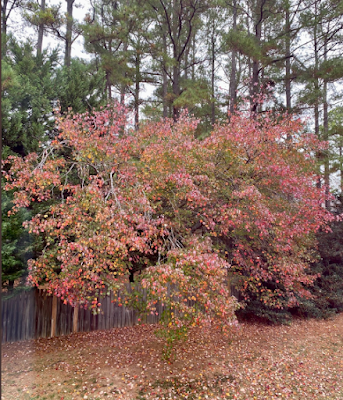 I’m going to go offline some, watch the fantastic coverage on TWC as this is what they do best always. Go through my videos and pictures and just watch what’s left of Fall color on my maple tree outside my window as I’m pretty sure after Nicole and the front sweeps through here it won’t have many leaves left.

I’ll update later on Nicole as she works her way across Florida like a tropical tourist towards her second landfall near the Florida Big Bend, the area of land that escaped Ian is getting Nicole. 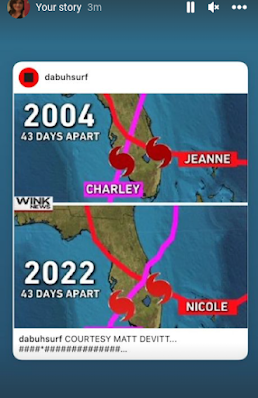 2022 was one crazy Florida Hurricane Season.

Patterns repeat once in a while.

This is that once in a while

I’m going to rest a bit.

Do what you love!

That’s what Jimmy ended up doing…….

…and he made our lives better 🙂