Here is the correct 7-day precipitation forecast for the Mid-Mississippi Valley. 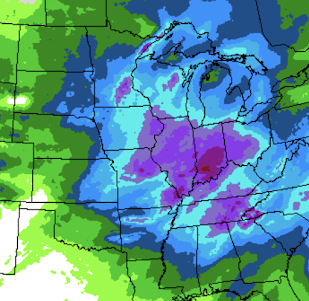 I thought the earlier forecast was “extraordinary” (which is why I labeled it that way). I checked, twice, to make sure it was the forecast for the correct time period and, with at least two major storms in the offing, the forecast was possible. Over the last few months, on far too many occasions, the NWS has released old or incorrect forecasts.

The earlier forecast is below. 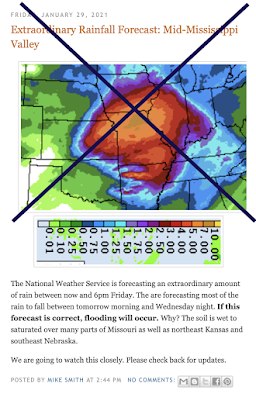 I have not hit this too hard because I have been hoping President Biden would nominate a person to fix the National Weather Service’s serious issues in the near future. That, at least right now, does not appear to be in the offing. So, I’ll say it now.

The National Weather Service is comprised of an outstanding workforce that accounts for it being able to issue lifesaving tornado warnings like the one for Birmingham earlier this week.

That said, the NWS organizationally is falling apart. It it failing in some of its most basic mission activities such as launching weather balloons, gathering upper air data (the vital Profiler network that was allowed to wither and die), plan a new radar network, etc., etc. Its new radar and other web sites have serious issues. And, when Congress has tried to step in and help, its nonsensical response was bad radar data doesn’t matter in warning accuracy.