Since the tornado occurred after 10:45pm we don’t have a lot of information but below is a first guess as to the path of the tornado. It appears to have been from east of Aurora to near Burbank. 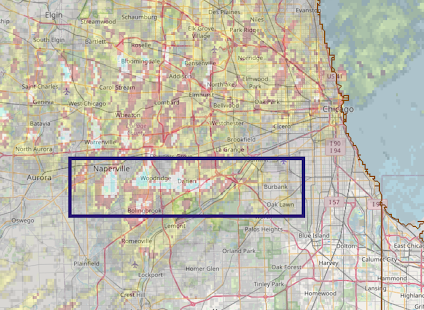 Below is the Doppler wind velocity data at 11:12pm. That was the tornado. 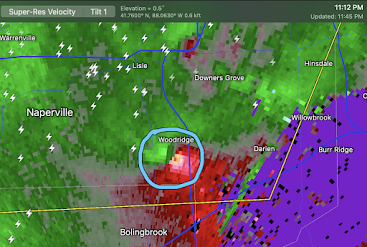 Worse, at the same time, the circled black area is debris lofted by the tornado. 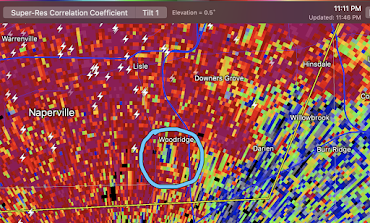 There is indirect evidence that this was an EF-3 intensity tornado.

According to trained weather spotters, multiple reports of damage have come in from Woodridge, with debris reported scattered across Interstate 355 and power lines and structures suffering heavy damage in the suburb.

UPDATE 12:45am: There are reports of people being taken out on stretchers. There is “heavy” damage to homes reported in Woodridge.

NBC says the image below is their “first look” at the damage. 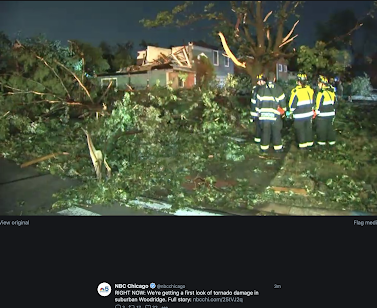 Unfortunately, I don’t think we are going to know much more until daylight as numerous streets are blocked by downed trees and power lines. One reporter said that police on the scene said they were “too busy” to talk to him.