Tupelo — a city that has too often suffered from tornadoes — was hit again this evening.

We know there has been considerable damage but I don’t know how severe or whether there have been casualties. 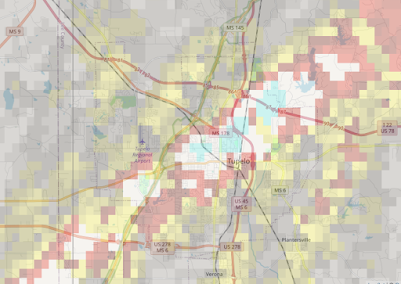 Above is the rotation track map. The whites and blues are the most intense rotation which correlates to tornado intensity. You can click on the map for more details.

Here is a wider view of the path of the rotating supercell thunderstorm. 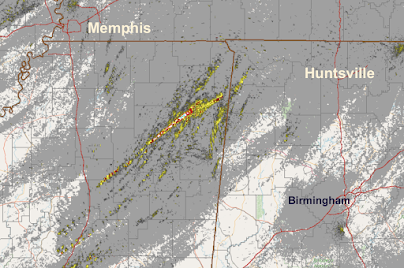 Unfortunately, it reached its peak rotation right over the city. The dual-polarization radar showed considerable lofted debris (deep blue color, below) to an altitude of 12,000 feet (not shown). 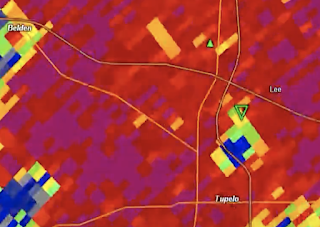 For meteorologists, here are the various displays as of 10:03pm, just after Tupelo was hit. 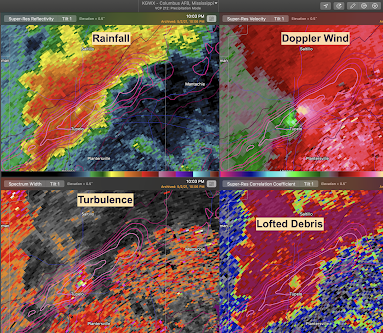 Each of the four panels give independent verification of the tornado’s presence.

Note: Serious weather could occur again later today, especially over the Ozarks. I’ll update on that threat in the mid- to late morning.