With the winter storm in progress in the Great Plains, I went to radar network to try to determine when the rain will end in Wichita. The Vance radar’s data looked funky, so I went to the radar status messages and found this. 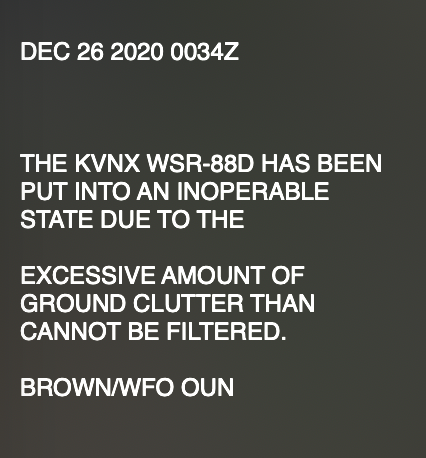 We knew this day was coming: The essential WSR-88D radar north of Vance AFB in Oklahoma has been compromised by the dense placement of windmills in northern Oklahoma and southern Kansas. And, it is just that radar.

We run the risk of deteriorating radar and storm warnings because of windmills in many states. Below is a screen capture of the Dodge City WSR-88D radar a few minutes ago. I’ve circled the wind turbines. And, it gets ever worse — nearly by the month. 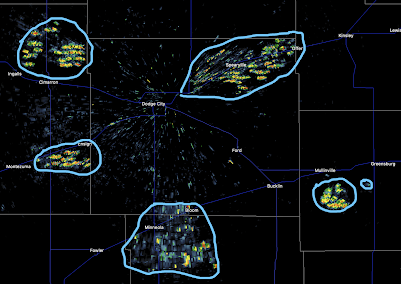 In mornings, when there are often temperature inversions, ground clutter due to wind turbines is even worse!

In spite of literally millions of windmills worldwide, they have:

I would stay “write your congressperson” but, unfortunately, the environmental lobby has intimidated Congress into continuing the tax credits for windmills that began in the Jimmy Carter Administration. The combination of graft in the environmental movement plus having global warming (“the world is going to burn up if we don’t put in more windmills!”) as a political issue seems more important than fixing the problem global warming through effective measures such as installing nuclear energy generation and ceasing windmill installation.