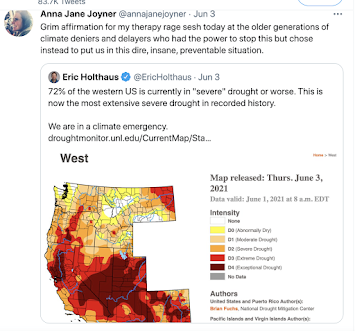 This is quite an exchange.

Eric Holthaus is an extreme advocate of the catastrophic global warming hypothesis. Unfortunately, some of what is publishes is simply incorrect. For example, when he says, “This is now the most extensive severe drought in recorded history.” No it isn’t. The Dust Bowl years were worse by a large margin. 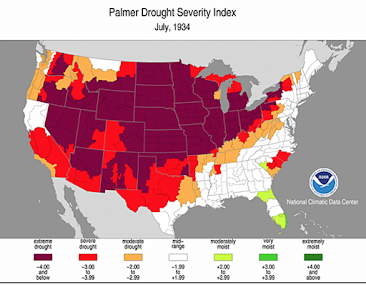 As to anyone “having the power” to prevent the drought — absurd. We have no way to control the weather. There is a significant, and sometimes severe, drought in the west half of United States about 20 years. The Dust Bowl drought wasn’t the result of global warming nor is the drought we are currently experiencing.

When will the current drought in the West end? I don’t know, nor does anyone else. It is likely to get at least somewhat worse before it gets better. If history is any guide, I’d say we have another one to two years, unfortunately.

Where to Get a Free Passport Photo in New York City