Here is the rainfall for the 48 hours ending at midnight. 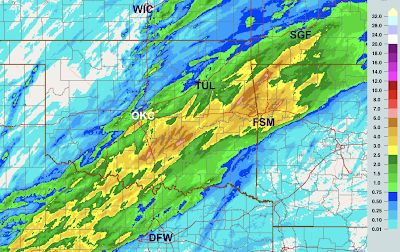 The pinks are rainfalls of 6 to 7 inches. They have fallen on already-saturated ground. The radar map from 12:20am (below) shows rains continuing to fall over parts of Oklahoma and northern Arkansas. 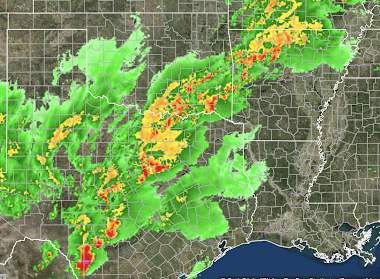 This is a different type of flood map than we usually post. It depicts the “recurrence interval” of the rainfall over the 24 hours ending at midnight. 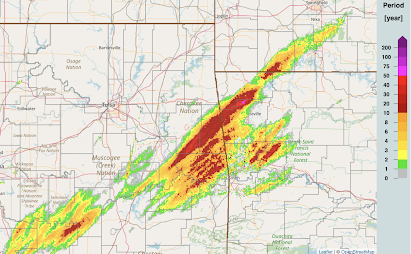 The National Weather Service says the flooding on the Illinois River, especially near Tallequah, is extremely serious and “life-threatening.” Severe flooding is also occurring in northwest Arkansas. 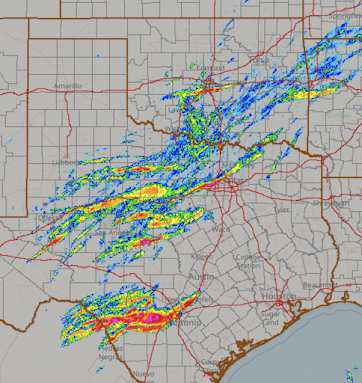 This is a map of hail swaths. The dark red areas are giant hail of 2″ or more in diameter. There was softball-sized hail west of San Antonio. There were three metropolitan areas with extensive hail damage:

The forecast of giant hail (posting below) up to 4″ was extraordinary.

There is a nationwide autoglass shortage. It is going to be some time before all of these autos are repaired. For the insurance industry, these hail swaths represent at least $1 billion in damage and likely more.

As of this time, there are tornado watches in maroon. They will change during the night. 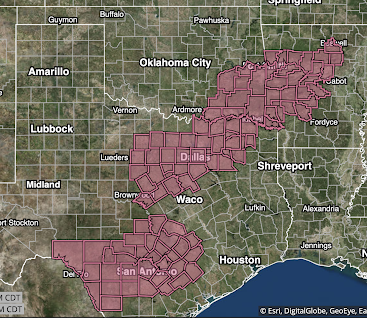