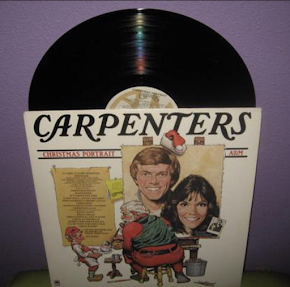 A friend had a thread on this topic on Twitter this morning. So, here are my 2¢.

I fell in love with the album the first time I heard it when it was released in 1979. Especially moving was Karen’s performance of Have Yourself a Merry Little Christmas. Her singing the words, “Through the years we all will be together, if the fates allow” moved me at the time because of the importance of family gathering. Little did anyone know in 1979 how ill Karen was and how, just three short years later, she would be gone. If you can listen to the original vinyl, please treat yourself.

* Unfortunately, it is nearly impossible to get a copy of the original “Christmas Portrait.” Surviving brother Richard has created numerous “special editions” and other versions that, at least to me, are not as moving as the original. If you are shopping, look in the upper left for the version you are getting.

Upcoming Cold and Potential Snow, and Why Did Wednesday’s Storm Forecast Go Wrong?

Upcoming Cold and Potential Snow, and Why Did Wednesday’s Storm Forecast Go Wrong?