I relate to Tim Allen in more ways than one. 🙂 But I certainly agree that everything could use more power. 🙂 I’m doing things to our cars right now that give them more power, and it takes lots of power to drive a media room, so this will be my new “engine” that I’ll be using for my power.

I’ve always owned high power amplifiers from early on. The speakers that I’ve owned have been inherently inefficient do to their design and required a lot of power to drive them, and their low impedance made that even more difficult, so having a stable high power amp was very important. I also like having “headroom” or a reserve of amplifier power. There is nothing worse you can do to a speaker than to drive an amplifier into clipping. Speakers are generally forgiving of amps that can drive clean power into them for musically brief time periods, but when an amp starts to clip the music, the severe distortion that it generates can destroy a speaker in a heartbeat.

I’m going to be using two amplifiers, one for the front three channels, and one for the other 6-8 channels. The main amp is going to be the ATI flagship model AT-6003 designed by Morris Kessler. I’ll do a little copy and paste so you can read more about the amps. 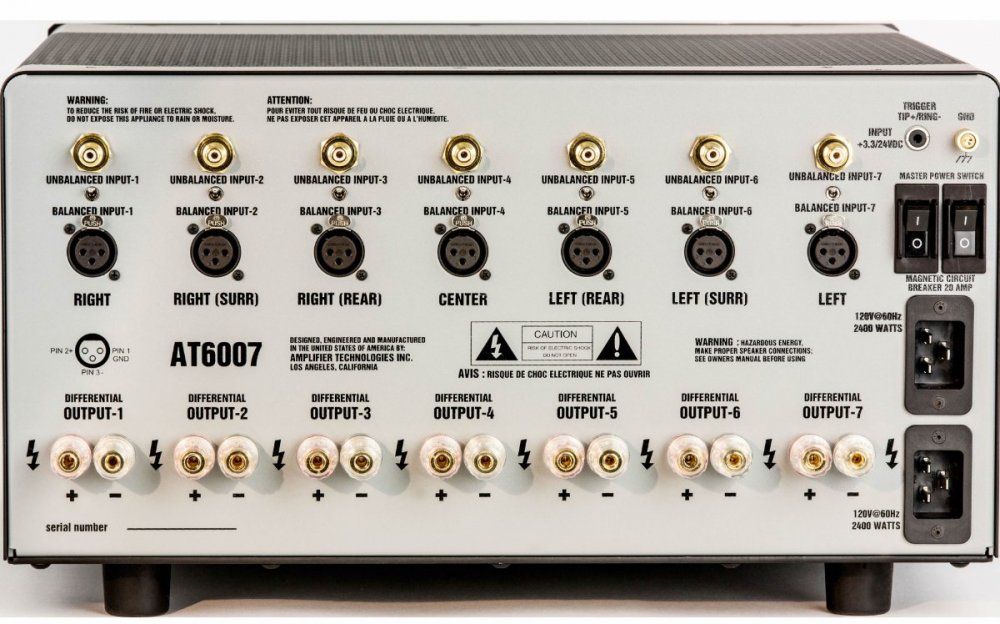 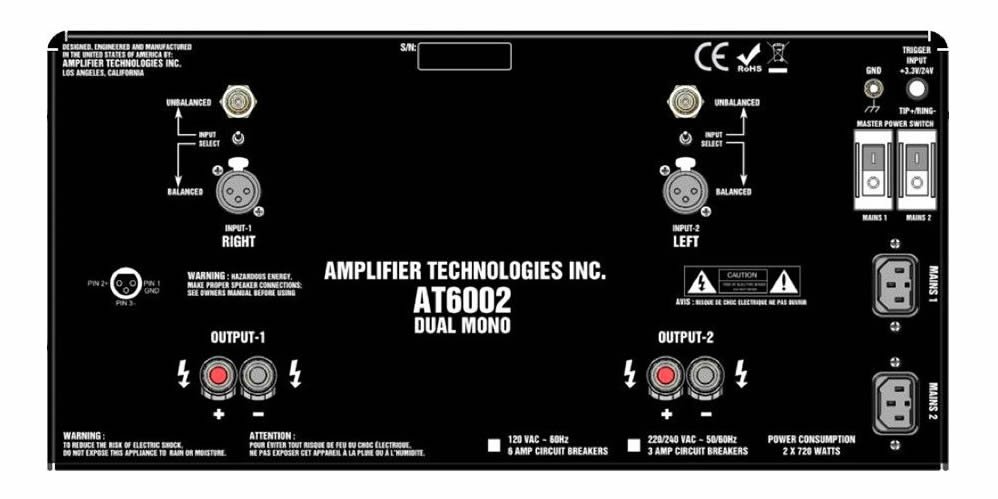 The 6000 series amplifiers, available with 2 to 7 channels, are the company’s flagship power amplifiers for over a decade. Furthermore, their “signature series” designation with a facsimile of Kessler’s signature on the main panel acknowledges the special nature of these designs.

Beyond Kessler’s personal identification, these amplifiers are new in more significant ways.

Here are some reviews of the amp:

The rea and surround amplifier will be an ATI 5000 series amps. The exact amp will depend on the final number of channels it will need to drive as they have models from 2 to 8 channels of power.

These AT5XXNC series amplifiers break new ground in other ways. They are the first ATI amplifiers to use micro-processor control for turn-on delay and feature automatic AC power recognition and configuration. The amplifiers not only recognize whether they are hooked up to 117V or 230V nominal power, they automatically self-configure. The amplifiers also incorporate a new and novel “sleep” circuit. When the amplifier receives no input signal for a period of 10 minutes, power is removed from the output modules and a front-panel LED begins to flash. As soon as an input signal is detected on any channel, normal playback operation resumes instantaneously.
Per Morris Kessler, ATI’s president and chief engineer, “We are excited to offer amplifiers with ATI’s legendary high performance and reliability in designs that reduce amplifier weight by up to 50%.”

With rated distortion below 0.05% and signal-to-noise ratio of 123 dB (minimum, referenced to rated output), each amplifier in the series is capable of playing back the full dynamic range available on today’s lossless recordings.