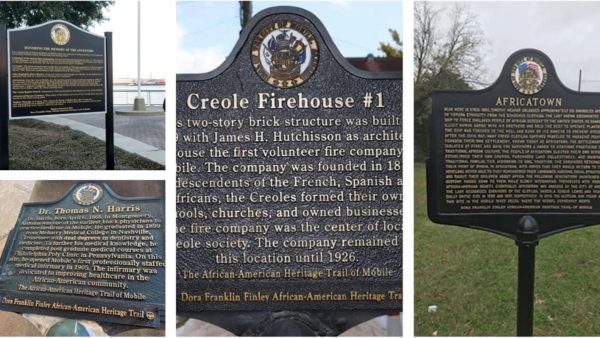 While conducting a tour of Mobile’s historic Africatown, Karlos Finley said his most moving experience was when a group of African visitors realized it was their ancestors who had sold fellow tribesmen into slavery, condemning them to a life of captivity thousands of miles away.

Finley had taken the group from Yoruba, Africa, to visit Union Baptist Church, which was founded and organized by the survivors of the schooner Clotilda.

The last known U.S. slave ship, the Clotilda arrived in Mobile Bay in 1860 with 110 African captives. The shipowner, Timothy Meaher, had made a bet that he could smuggle Africans into the United States, although the importation of slaves had been outlawed for more than 50 years. Soon after arriving in Mobile, the 86-foot schooner was scuttled and burned to destroy the evidence, and the wreck was not uncovered until 2018.