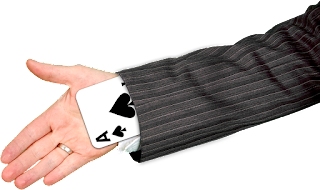 The most recent, of course, is the World Weather Attribution (WWA) report on the Northwest heatwave, which provoked stark headlines throughout the planet (see below for a sample).   Yes, even the Seattle Times featured it.

This attribution report, and most media stories that covered it, suggested a central role for global warming for the heatwave.   As demonstrated in my previous blog, their narrative simply does not hold up to careful examination.

This blog will explain why their basic framing and approach is problematic, leading readers (and most of the media) to incorrect conclusions.

Sometimes it takes a magician to reveal the methods of another practitioner of the “dark arts”, and I will do so here.

Consider a dam that protects a city (see below). Before global warming, the water averaged one foot high behind the dam.

But global warming puts more moisture into the air and results in more annual rainfall (this will happen here in the Northwest!), resulting in the water behind the dam increasing to two feet (see below).  The city council was wise in building the dam much higher than typical water levels!

Sometimes there are storms, resulting from natural variability, that push the water level briefly to around five feet. Well below the dam top and the city remains safe; after the storms, the water level rapidly returns to 2 ft.  The city managers felt secure because the highest water level on record over the past half-century was 11 feet.

But one day there was an extreme storm, a black swan event, in which an extraordinary concurrence of weather features came together to produce a huge influx of water that drove the water level behind the dam to 24 ft, overtopping the dam and doing immense damage to the city (see below)

Now we get to the contentious part and where the sleight of hand is going on.

One interpretation is that although global warming made a small contribution to this event, the essential event (overtopping the dam, damaging the city, exceeding the previous record by a large margin) would have happened anyway.  The overwhelming origin of this event (22-foot increase!) was natural variability.

This situation is a good example of the golden rule of climate attribution:  the more unusual and extreme the event, the greater the proportion of the event is due to natural variability rather than global warming.

Another interpretation of this event is being communicated by some climate attribution groups that produce “rapid response” reports.

They ignore the physical situation and the actual impacts.  They ignore the fact that natural variability is dominating the situation.  They only look at the top of the water column in my analog above….the 24 feet crest of the storm-swollen waters. 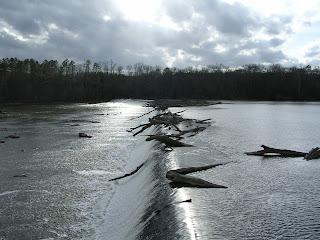 And you know the headline resulting from their analysis:  “the extreme water level over the dam of 24 feet was virtually impossible without climate change.”

Most folks reading that headline would inevitably conclude that without global warming, the big flood would not have happened.  But that is not true.

Don’t believe me?  Ask some people whether natural variability or global warming was dominant in the recent heatwave.  I did so among laypeople, and everyone I queried had the wrong impression.  And I don’t think this miscommunication is an accident.

But these climate assessment people don’t stop there with their magic.  They do statistical analyses using model output to appraise how global warming changes the odds of extreme events, in my analog above, in water getting to 24 feet.  They don’t look at the odds of water just cresting the dam (18 feet) and causing the damaging event. Just like magicians, they have you look somewhere else while they make the illusion occur.

For the heatwave, the attribution folks only examine the statistics of temperatures hitting the record highs (108F in Seattle), but avoid looking at the statistics of temperature exceeding 100F, or even the record highs  (like 103F in Seattle).  There is a reason they don’t do that.  It would tell a dramatically different (and less persuasive) story.

In the attribution studies, the main technology for determining changed odds of extreme weather is to use global climate models.  First, they run the models with greenhouse gas forcing (which produces more extreme precipitation and temperature), and then they run the models again without increased greenhouse gases concentrations.  By comparing the statistics of the two sets of simulations, they attempt to determine how the odds of extreme precipitation or temperature change. 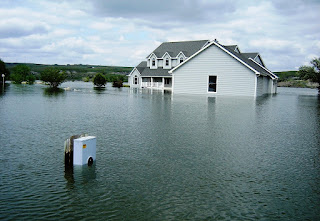 Unfortunately, there are serious flaws in their approach:  climate models fail to produce sufficient natural variability (they underplay the black swans) and their global climate models don’t have enough resolution to correctly simulate critical intense, local precipitation features (from mountain enhancement to thunderstorms).  On top of that, they generally use unrealistic greenhouse gas emissions in their models (too much, often using the RCP8.5 extreme emissions scenario)  And there is more, but you get the message.   ( I am weather/climate modeler, by the way, and know the model deficiencies intimately.)

But the problems with the climate attribution studies don’t end with poor models: there are essential deficiencies with their use of statistics and distributions, something I discussed in a previous blog.
In their problematic approach, they get HUGE, unrealistic changes in the odds of extreme events, with their identified events going from once in thousands of years to every year or every five years.  But their” findings” are the result of problematic models, careful selection and definition of extreme events, and deficient statistics.

For the dam situation noted above, their model situations, even with their deficiencies, would indicate that global warming would produce a huge increase of probability of getting to 24 ft, but a far lesser influence on water getting to the critical 18 feet.   The selection of the threshold used for the analysis has a huge impact on the results. 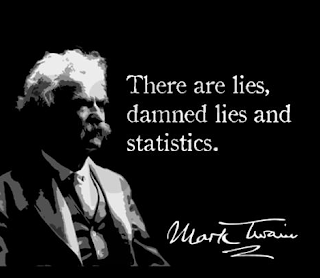 Many of the climate attribution studies are resulting in headlines that are deceptive and result in people coming to incorrect conclusions about the relative roles of global warming and natural variability in current extreme weather.  Scary headlines and apocalyptic attribution studies needlessly provoke fear.  Furthermore, incorrect and hyped information results in poor decision-making.

Here in Washington State, several politicians fixate on climate change as the cause of current environmental events, while neglecting key actions needed to ensure we are adapted to the current climate (such as restoring our forests, dealing with problematic power infrastructure, improving water quality).  And some media outlets (like a certain major newspaper in Seattle) are aiding such ineffective leaders by pushing an often uninformed and exaggerated climate-change narrative.

There is little doubt that the Earth is warming and that human emissions are a contributing factor, but many of the extreme events being blamed on global warming are predominantly the result of natural or other causes (such as changes in land use).   If the Earth continues to warm, by the end of the century the impacts of global warming on extremes will increase substantially, something I have shown in my own research.

We need to worry about climate change and take steps in both mitigation (reduce greenhouse gas emissions) and adaptation.  But hype and exaggeration of its impacts only undermine the potential for effective action.