A strong frontal system that produced tornado damage in the Southern Plains Friday night brought a couple of thunderstorms, but mostly much needed (and well-timed) overnight rainfall Friday night to the Mid-South. With clearing by the afternoon, Saturday turned out decent with temps in the 60s, leading to a chillier (but not abnormal) morning with lows today in the 40s. Today has been gorgeous with highs in the 70s and sunshine. The motto for the coming week’s weather is going to be “enjoy it while you got it!” A major early winter cold front promises to bring MUCH colder air next weekend!

As a warm front lifts north, remnants of what was leftover from yesterday’s front, and another cold front approaches in the coming 24 hours, clouds increase this evening with showers not far behind. We’re expecting scattered showers after midnight with rain likely over the area for the morning rush hour. Showers should diminish as we head toward the lunch hour, and be mostly gone before we hit that unwelcome 5pm sunset! Temperatures will generally remain mild with 60s throughout the night tonight and lower 70s for highs on Monday.

With no major fronts in the area and winds starting to switch back toward the south, more mild weather is expected for elections on Tuesday and right through the mid-week. Clouds should break apart Tuesday as well with a light northeast breeze, so expect highs back in the mid 70s after another mild morning low. These conditions continue Wednesday and Thursday with highs generally in the mid 70s and lows near 60 Wednesday morning and mid 50s Thursday morning. 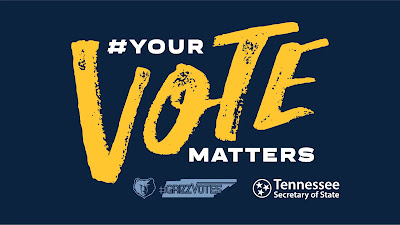 Veteran’s Day and beyond

The next major cold front arrives on Friday. But with not a lot of moisture to work with, rain chances are fairly low (and we may remain dry altogether), though clouds will accompany the front. Temperatures remain mild in the morning – mid 50s for lows – but only recover to the mid 60s by early as northwest wind becomes gustier, signaling the front’s arrival.

For next weekend, the sunshine will be great, but the temperatures not so much! More winter-like temperatures will encompass a large portion of the country. For Memphis, we’re thinking lows will be near freezing with highs barely reaching 50 degrees, if that, both Saturday and Sunday! Below normal temperatures also look to continue right into the following week.

An eye on the tropics

One other interesting weather note this week – it appears that Florida will be dealing with a tropical system, perhaps a hurricane, by the middle of the week! The National Hurricane Center expects this development to occur as a low approaches the Bahamas from the east on Tuesday, then likely moves over the Florida peninsula Wednesday/Thursday before recurving up the east coast. Tropical weather season doesn’t end until November 30, so while late for a tropical system in Florida, it’s not unheard of!