HOW’S THE WEATHER AT MIDDAY? 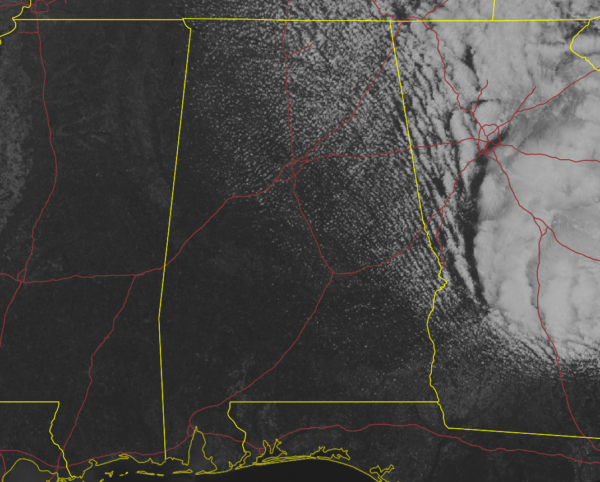 While the skies are mostly clear for parts of North/Central Alabama, we do have a deck of fair-weather cumulus clouds that is expanded across the area from northeast to southwest. It is a little breezy out there as winds are averaging 10-15 mph out of the west to northwest with gusts up to 25 mph for most places. That wind is really making those temperatures in the upper 40s to the upper 50s feel a little cooler than what is really is. The good news is that afternoon highs will top out in the lower to mid 60s across the area. Clouds will begin to increase during the late-night and overnight hours on Sunday night, and lows will stay elevated, only dropping into the lower to mid 50s.

HOW ABOUT TONIGHT & SUNDAY?

Skies will clear out during the late-night and overnight hours that will allow a good bit of that solar radiation to escape, and temperatures will reach the mid 30s to the lower 40s for overnight lows. However, we’ll have a big warm-up on Sunday as we’ll have tons of sunshine and afternoon highs in the mid 70s to the lower 80s across the area. 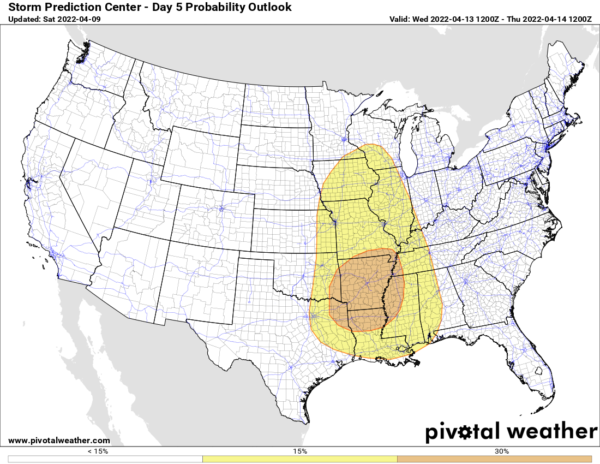 Earlier this morning, the Storm Prediction Center updated their Severe Weather Outlooks for the next eight days, and interest was peaked at their day five probability outlook (which is valid from 7 am Wednesday to 7 am Thursday). An avocado-shaped risk area has been outlined across portions of the Midwest, Tennessee Valley, Ohio Valley, down into the Deep South. A 15% probability stretches from west-central parts of Wisconsin all the way to as far south as Dallas, Texas, to Houma, Louisiana, to Mobile, Alabama. This includes the western half of North/Central, including the Birmingham metropolitan area.

At this point, it looks like the timing on this threat will be from just before midnight on Wednesday night through the morning hours on Thursday across Central Alabama. The severe threat looks to come to an end during the early afternoon hours, as the atmosphere will be rain-cooled and instability will have dissipated. For now, the SPC does not have a defined risk on their day six outlook. 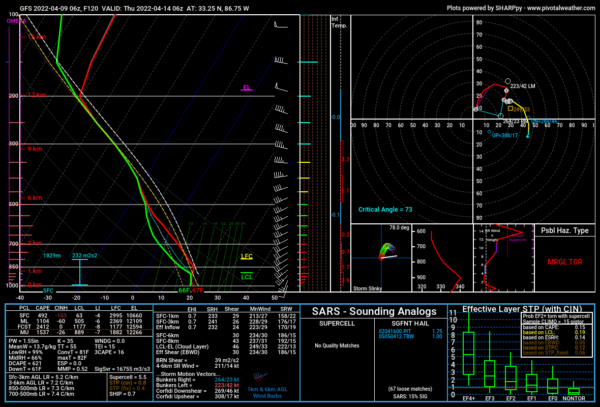 We are way too early out to know the specifics on the threats and magnitude on this system, but projected soundings for the Birmingham area from the GFS show that damaging winds, large hail, and non-zero risk of a tornado or two may be the main threats for this system. At this point, models are not picking up on individual supercells forming out ahead of a squall line, but we’ll get a much better picture once the higher-resolution models come into view.