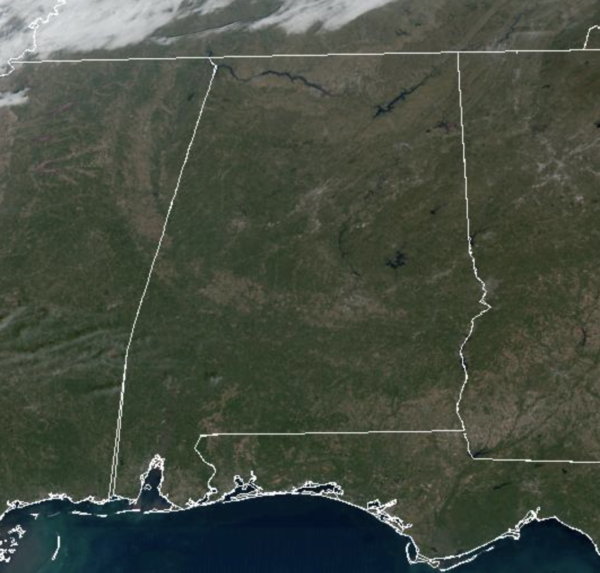 Tons of sunshine and temperatures in the 40s late this morning, and many locations should reach the low 50s this afternoon across Alabama. 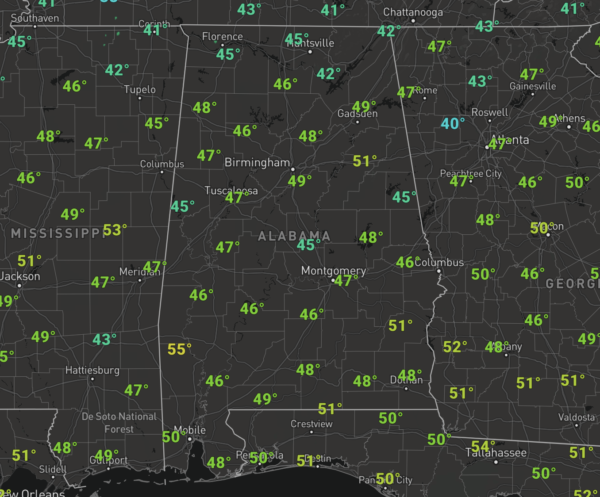 Tonight, expect freezing temperatures with widespread 20s and 30s. Tomorrow will feature more clouds, and some light rain across South Alabama, but the northern half of the state will remain dry. Highs tomorrow will be in the low 50s. Sunday will be sunny and colder with highs falling back into the 40s.

FRIDAY NIGHT LIGHTS: Expect clear and cold conditions for the high school playoff games tonight with temperatures falling from the mid 40s at kickoff, into the upper 30s by the second half…bundle up!!!

FOOTBALL WEATHER: Tomorrow, Alabama will host Austin Peay at Bryant-Denny Stadium (11:00a CT kickoff)… the sky will be sunny with temperatures rising from near 49° at kickoff into the mid 50s by the final whistle.

Auburn will host Western Kentucky at Jordan-Hare Stadium (3:00p CT kickoff)… it will be a sunny day; about 55° at kickoff, falling into the upper 40s by the four quarter.

Tomorrow night, UAB travels to Baton Rouge to take on LSU (8:00p CT kickoff)… expect a cloudy sky with temperatures hovering around 50° during the game. A few showers are possible during the day, but they should be over by game time.

THANKSGIVING WEEK: Expect another freeze Monday morning, then Monday afternoon through Wednesday we are expecting a gradual warming trend, with low 60s expected by Wednesday. As far as rain chances, models remain very inconsistent, but for now we will leave rain out of the forecast for the first half of the week. Showers are expected on Thanksgiving Day, followed by cooler and drier air Friday and over the following weekend (November 26-27).

IN THE TROPICS: All is quiet in the Atlantic basin and no development is expected the next five days. The season comes to an end at the end of the month. 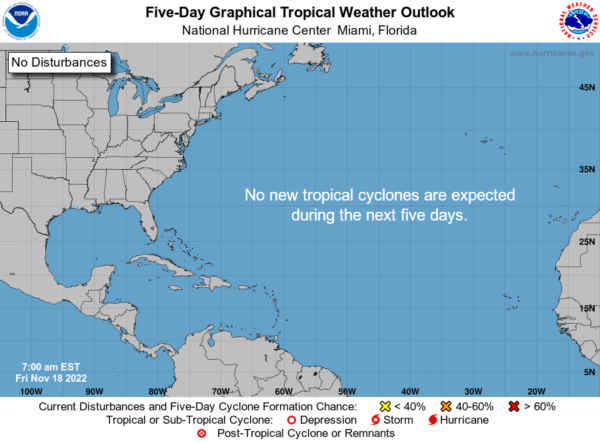 WORLD TEMPERATURE EXTREMES: Over the last 24 hours, the highest observation outside the U.S. was 106.3F at Villamontes, Bolivia. The lowest observation was -62.0F at Dome A, Antarctica.