Great looking weather across Alabama today as drier air settles into the state behind the front that is now moving down into the Florida Peninsula. 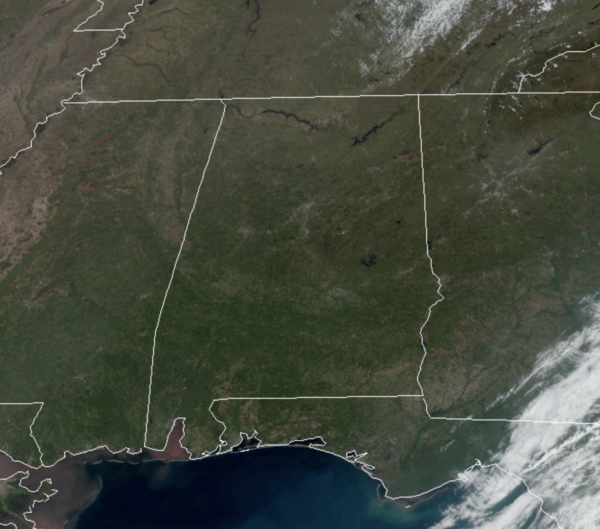 We are seeing sunshine in full supply, and it is cooler today as highs are generally going to be in the mid 60s for most communities. Tonight, will be clear and chilly as lows in the lower 40s are expected.

COOLING TREND: A deep trough will continue to dig down into the eastern half of the U.S. the next 48 hours, allowing for even cooler temperatures to move south. The trough will cause clouds to move back in across the northern half of Alabama tomorrow and even produce some widely scattered showers for areas north of Birmingham tomorrow. It will be an even cooler day with highs in the 50s, and brisk northwesterly winds of 15-25 mph, making tomorrow feel more like late February.

WEEKEND FROST/FREEZE THREAT: We expect lows well down in the 30s Saturday and Sunday morning over the northern half of the state, with potential for widespread frost, and a freeze for colder spots. Growers will need to watch temperature forecasts both mornings. Otherwise, the weekend will feature lots of sunshine with a high near 60° on Saturday, followed by low to mid 70s Sunday as the warming trend begins.

NEXT WEEK: The main risk of severe storms for the first half of next week will be west of Alabama; SPC has defined a severe weather risk for parts of Texas, Oklahoma, Kansas, Arkansas, and Louisiana. Around here, moisture levels will rise, and a few showers and storms are possible on a daily basis Monday through Wednesday. A cold front will bring a more organized band of rain and storms in here Thursday; too early to know if severe thunderstorms will be an issue. Highs much of next week should be in the 70s and 80s across the state.

WORLD TEMPERATURE EXTREMES: Over the last 24 hours, the highest observation outside the U.S. was 115.5F at Nawabshah, Pakistan. The lowest observation was -89.7F at Amundsen-Scott South Pole Station, Antarctica.

Summer Mix Of Sun And Storms : The Alabama Weather Blog