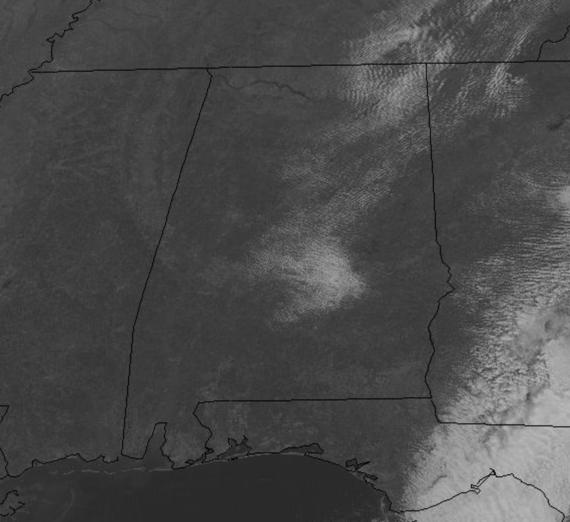 WELCOME TO WINTER: The winter solstice occurred at 4:02 AM CST, but the weather today is not feeling too much like winter as temperatures are above average, and warmer days ahead. Through Wednesday, the weather will be dry, with more sun than clouds, and temperatures in the 50s today, with low to mid 60s tomorrow and Wednesday.

CHRISTMAS EVE FRONT: Through the day Wednesday, clouds will begin to increase ahead of an approaching cold front that will come blasting through the state early Christmas Eve. Rain and perhaps a few storms are possible Wednesday night and into Thursday, but strong or severe storms will not be an issue for most of the state as the air will be rather stable, but a few stronger storms are possible along the Gulf Coast counties. Rain amounts will be around one inch for most of the state.

Behind the front, an Arctic blast blows into the state on the back of an icy north wind. Temperature will be falling all day Thursday, and will drop into the 30s by the afternoon with lingering clouds and perhaps some flying snowflakes, but the deeper moisture will be long gone, and no meaningful accumulation or impact is expected. The big story is the cold air; the sky will clear Thursday night, and by daybreak Friday we project temperatures in the upper teens to lows 20s over North/Central Alabama, with even colder wind chills expected. After the frigid start to Christmas Day, temperatures are going to have a hard time warming up despite a sky full of sunshine, look for afternoon highs struggling to climb out of the 30s.

GREAT CONJUNCTION: Tonight we have the “great conjunction” of Jupiter and Saturn. What makes this year’s event so rare? It’s been nearly 400 years since the planets passed this close to each other in the sky, and nearly 800 years since the alignment of Saturn and Jupiter occurred at night, as it will for 2020, allowing nearly everyone around the world to witness this “great conjunction.” 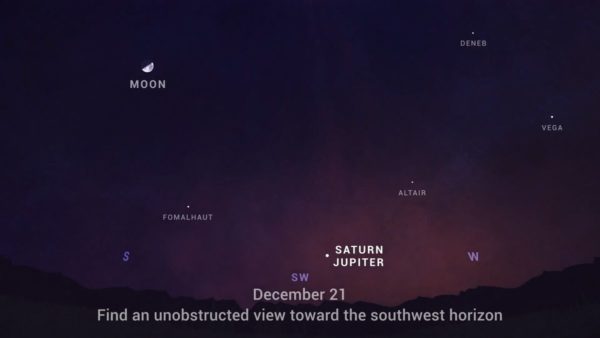 The closest alignment will appear just a tenth of a degree apart and last for a few days. Tomorrow evening, they will appear so close that a pinkie finger at arm’s length will easily cover both planets in the sky. The planets will be easy to see with the unaided eye by looking toward the southwest after sunset (around 5-7pm CT). But, the best viewing is with binoculars or a telescope. In Alabama, the sky should be clear this evening.

WORLD TEMPERATURE EXTREMES: Over the last 24 hours, the highest observation outside the U.S. was 114.1F at Carnarvon Airport, Australia. The lowest observation was -63.2F at Verhojansk, Russia.

WEATHER ON THIS DATE IN 1929: An exceptional storm produced snow from the Middle Rio Grande Valley of Texas to southern Arkansas. The storm produced 26 inches of snow at Hillsboro TX, 18 inches at El Dorado AR, and 14 inches at Bossier LA.