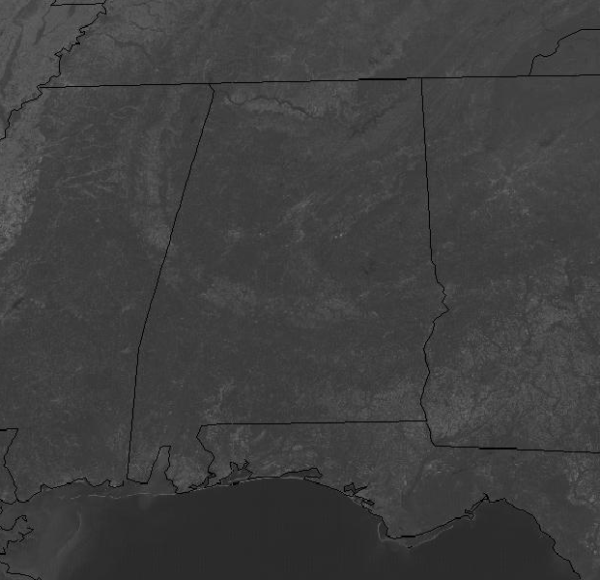 EXCELLENT ELECTION DAY WEATHER: It is another gorgeous day of weather for this Election Day, as sunshine and blue sky cover the Alabama from one end of the state to the other. After another frosty start to the day, we are seeing warmer temperatures with mid 60s across much of North/Central Alabama.

HURRICANE ETA: Latest update from NHC: The center of Hurricane Eta was located near latitude 13.7 North, longitude 83.3 West. Eta is moving toward the west near 3 mph. A faster westward or west-northwestward motion is expected to begin later today and continue through Thursday. On the forecast track, the center of Eta is expected to make landfall along the coast of Nicaragua within the Hurricane Warning area this afternoon. The center of Eta is forecast to move farther inland over northern Nicaragua through Wednesday morning, and then move across the central portions of Honduras by Thursday morning. 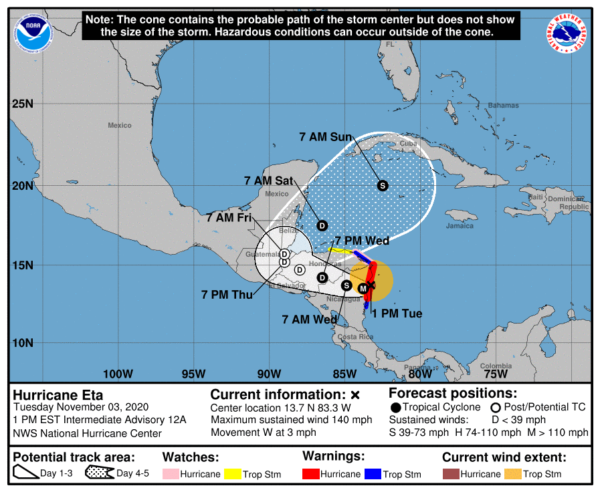 Maximum sustained winds are near 140 mph with higher gusts. Eta is a category 4 hurricane on the Saffir-Simpson Hurricane Wind Scale. Little change in strength is likely before landfall. Weakening will begin after the center moves inland later today. Hurricane-force winds extend outward up to 25 miles from the center and tropical-storm-force winds extend outward up to 115 miles. The estimated minimum central pressure is 940 mb (27.76 inches).

Both major global models show Eta surviving the journey over land this week, and the NHC forecast track shows Eta curving back into the western Caribbean this weekend with reorganization and intensification. From there, some long range models suggest the system could enter the Southeast Gulf of Mexico, but there is no way to resolve the specific track and intensity beyond seven days. But, it is clearly something to watch. Still a long time to watch this system and there is no potential threat of this system moving into the Gulf until early next week.

REST OF THIS WEEK: Tomorrow through Friday, week will feature moderating temperatures as our flow switches from the southeast, and that will allow for a few more clouds in the sky each day, but still expect plenty of sunshine. The days will be mild with low to mid 70s expected; while nights remain clear and chilly with lows in the 40s and 50s are expected.

WORLD TEMPERATURE EXTREMES: Over the last 24 hours, the highest observation outside the U.S. was 109.9F at Basrah International Airport, Iraq. The lowest observation was -73.F at University Dome, Antarctica.