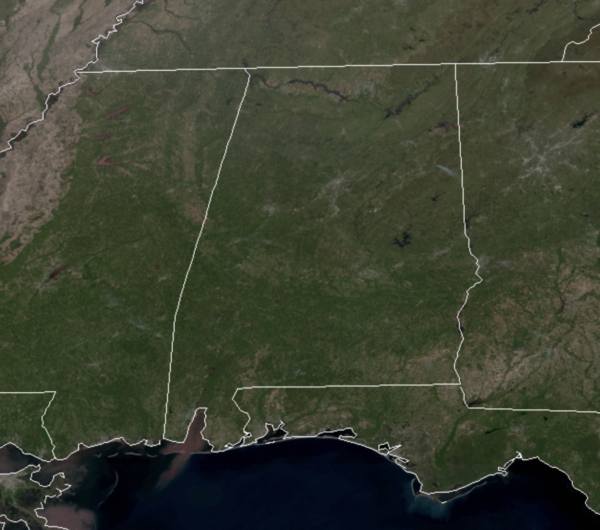 After the cool start to the day we are warming up nicely this afternoon as today is featuring plenty of sunshine allowing temperatures to surge into the low and perhaps mid-80s across North/Central Alabama. Tonight will be mainly clear and nice, with lows in the low and mid 50s. Tomorrow will start off with plenty of sunshine, but clouds will increase by the afternoon, we will remain dry, and it will be another very warm day with highs in the low 80s.

RAIN CHANCES RETURN: A cold front will move through the area on Wednesday and will bring a chance of showers and a few storms through the day, but thankfully no severe weather. Rain totals should be less than one-half inch, with higher amounts across southern portions of Alabama. Wednesday highs will be in the upper 70s.

COOLER END OF WEEK AND WEEKEND: Thursday and Friday will be cooler days with a mix of sun and clouds both days and highs in upper 60s, which are 5-10 degrees below average for this time of year. Late Friday night, a weak disturbance will bring the chance of showers back to Alabama and a few scattered showers are possible to start our Saturday, but most of the weekend will be dry. The sky will continue to feature more clouds than sun with highs around the 70 degree mark both days.

WORLD TEMPERATURE EXTREMES: Over the last 24 hours, the highest observation outside the U.S. was 115.3F at Matam, Senegal. The lowest observation was -92.7F at Vostok, Antarctica.

WEATHER ON THIS DATE IN 1927: A tornado wiped out the town of Rock Springs, TX, killing 72 persons and causing 1.2 million dollars damage. The tornado, more than one mile in width, destroyed 235 of 247 buildings, leaving no trace of lumber or contents in many cases. Many survivors were bruised by large hail which fell after the passage of the tornado.

WEATHER ON THIS DATE IN 1934: Winds atop Mount Washington, NH, averaged 186 mph for five minutes, with a peak gust of 231 mph, the highest wind speed ever clocked in the world.