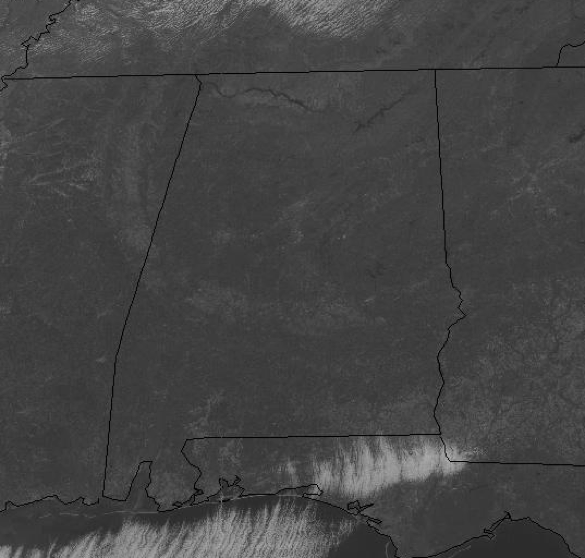 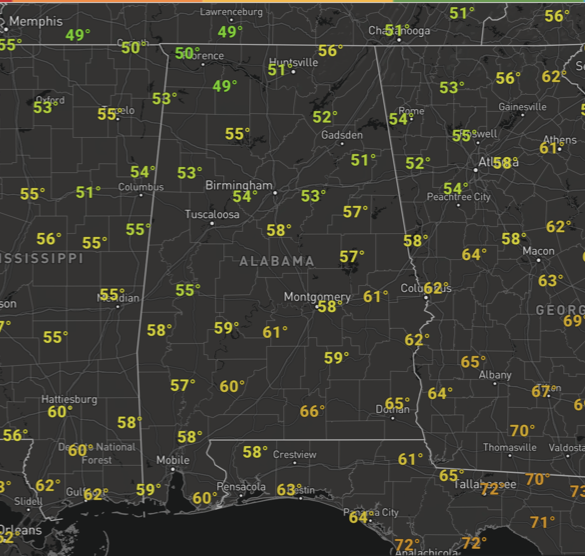 A clear and cold night is ahead as we drop into the mid to upper 30s by early tomorrow morning. For tomorrow, a terrific Tuesday of weather with a sunny sky and highs closer to 70. Enjoy it, because after tomorrow the pattern gets more active with rain and storms returning to the forecast.

RAIN RETURNS: An approaching cold front will bring a round of showers and thunderstorms to Alabama Wednesday afternoon and Wednesday night and we note the SPC has defined a low end “marginal” risk for the northwest counties of the state. 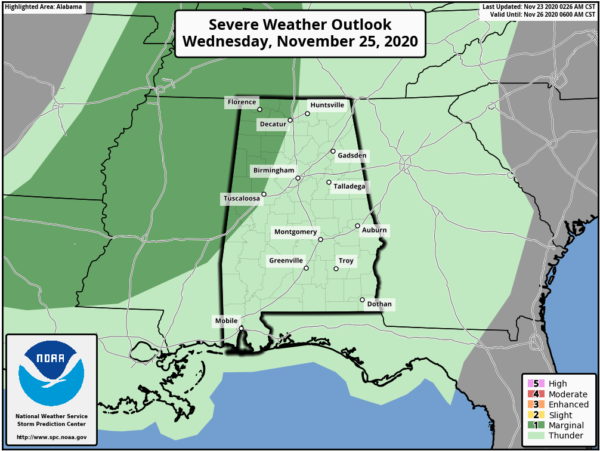 For the most part, this doesn’t look like a very impressive set-up for the state as instability values will be rather low, so that should limit the severe weather potential. But, a few storms could produce small hail and strong gusty winds as they move into the state. Rain amounts of around one inch are likely.

THANKSGIVING DAY: The cold front will stall out somewhere across Central Alabama Thursday and that means we are going to keep clouds and the threat for rain in the forecast for our Turkey Day across portions of Alabama. For now, it looks like most of the rain will be mainly over the southern half of the state, while for the rest of the state, the sky looks to stay mostly cloudy with a high in the low to mid 70s.

BLACK FRIDAY: Not much change in the forecast for Friday as the stalled front keeps clouds and the threat for areas of rain in the forecast, again, mainly over South Alabama. Plenty of clouds and above-average temperatures are expected across the state with highs in the 70s.

IN THE TROPICS: A broad area of low pressure located a couple of hundred miles northeast of the southeast Bahamas is producing disorganized cloudiness and showers well to the northeast and east of its center. Strong upper-level winds are expected to limit development of the system today before the low merges with a cold front on Tuesday. Later in the week, this system may have another opportunity to develop subtropical characteristics if it becomes separated from the front and meanders over the central Atlantic. Formation chance through 5 days…low…20 percent. The rest of the Atlantic is quiet with no areas of concern. Hopefully we are seeing this historic season come to an end. 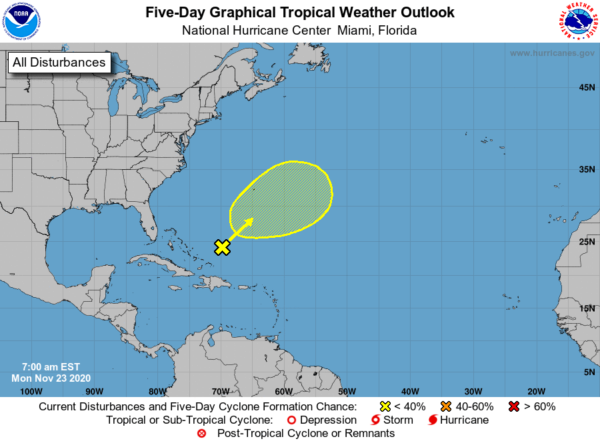 WORLD TEMPERATURE EXTREMES: Over the last 24 hours, the highest observation outside the U.S. was 108.5F at Thargomindah Airport, Australia. The lowest observation was -51.0F at Dome A, Antarctica.