A very cold and icy start to our Wednesday, but today the warming trend is underway, as temperatures climb back into the lower and mid 50s for North/Central Alabama this afternoon. At midday, most locations were already in the upper 40s. 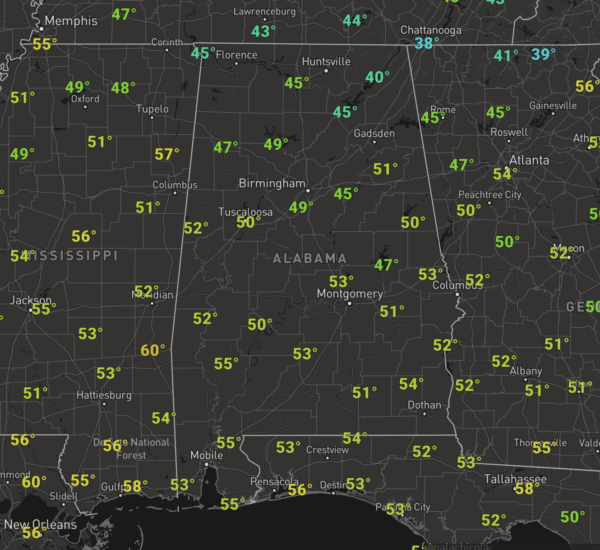 We are seeing a few clouds in the Alabama sky today, mainly over the Tennessee Valley, but for the most part, it remains a day full of sunshine. 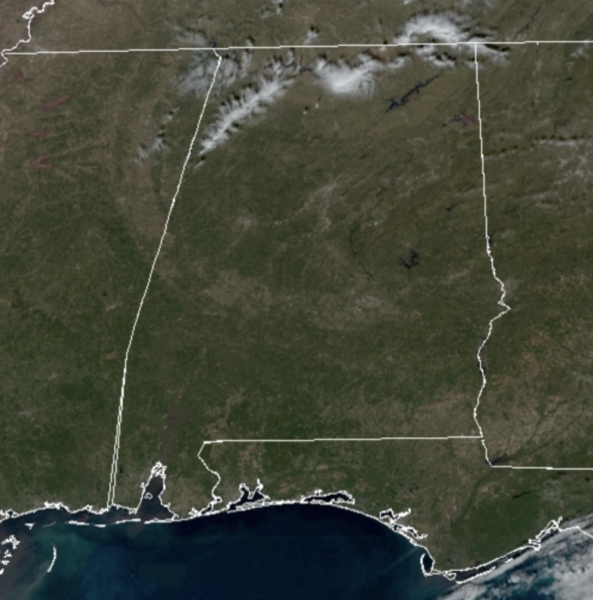 Tonight will be another cold one as lows will be in the upper 20s to lower 30s by first thing tomorrow morning.

RAIN RETURNS: Today a system is developing to our west in the Southern Plains, it will start to push east tomorrow, so look for clouds to increase through the day, and though much of the day looks dry, we can’t rule out the chance for some rain late in the day across West Alabama. However, it looks like the more widespread rain arrives Thursday night into Friday, as the surface low tracks along the Gulf Coast. With the surface low to the south, there is no threat for severe storms, but we are expecting areas of rain, with some rumbles of thunder. Rainfall amounts should be around 1/2 inch for most locations. Highs will be in the 50s both days.

WORLD TEMPERATURE EXTREMES: Over the last 24 hours, the highest observation outside the U.S. was 111.9F at Narrabri Airport, Australia. The lowest observation was -50.8F at Delyankir, Russia.