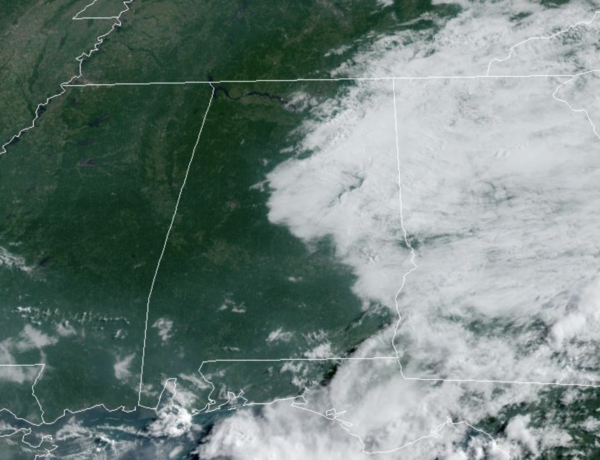 A weak front has dropped south through Alabama, and it is currently down along the Gulf Coast. Behind the front, drier air has moved down into the northern third of the state today. We are seeing a good supply of sunshine over West Alabama, while clouds are holding on for eastern sections of the state. Temperatures will be in the mid to upper 80s today. Rain chances are very low for North/Central Alabama, but there will be more rain and storms across the southern half of the state, where moisture levels are higher.

REST OF THE WEEK: Not much change tomorrow, but moisture begins to creep northward Wednesday, and we will mention scattered showers and storms in the forecast each day Wednesday through Friday with the best chance of showers and storms coming from 2PM-10PM each day, otherwise the sky will be partly sunny with a high in the upper 80s and lower 90s, which is pretty close to normal for this time of year. We do note SPC has defined a “marginal risk” (level 1/5) for parts of North/Central Alabama Wednesday as a few storms could produce strong winds.

THE ALABAMA WEEKEND: We will stick with a persistence forecast. Pretty routine summer weather with partly sunny days, fair nights, and a few showers and storms around during the afternoon and evening hours. Afternoon highs not too far from 90 degrees as the core of the heat across the nation remains west of Alabama. 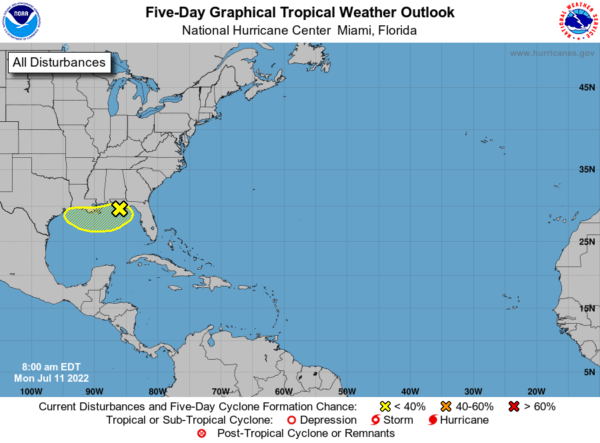 NEXT WEEK: The upper high will begin to nose in here, meaning slightly higher heat levels with highs in the 90-95 degree range most days. And, the usual risk of scattered, mostly afternoon and evening showers and thunderstorms on a daily basis.

WORLD TEMPERATURE EXTREMES: Over the last 24 hours, the highest observation outside the U.S. was 119.8F at Basrah-Hussen, Iraq. The lowest observation was -108.4F at Vostok, Antarctica.