Rain was widespread across South Alabama this morning as an area of low pressure tracked along the coast, but for the northern half to the state, we were just cloudy. The rain has ended down south, and all of Alabama is seeing a mix of sun and clouds as we roll into the afternoon hours. 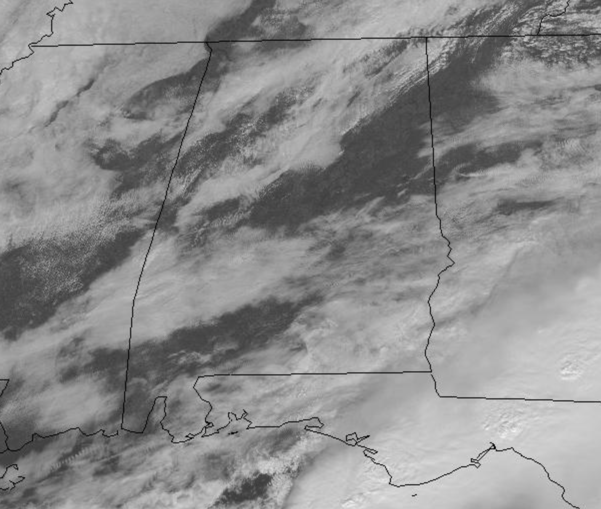 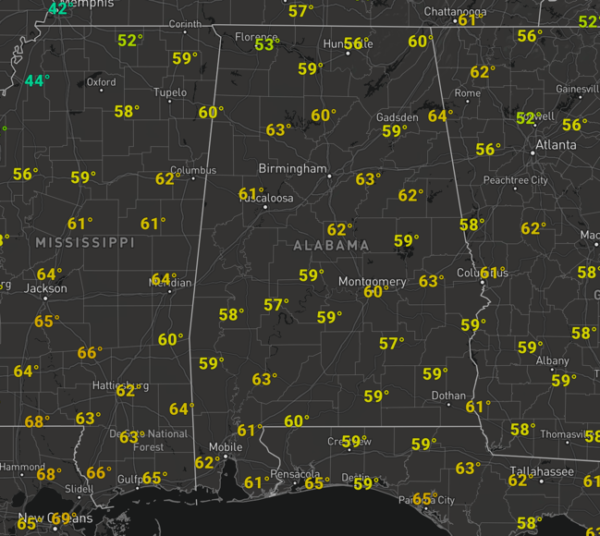 RAIN ON THE WAY: Moisture levels rise start to rise tomorrow as the sky will feature increasing clouds and there is the potential for a few scattered showers during the day, but most of the day will be dry. It will be another mild day with highs in the upper 60s and lower 70s. Rain will become widespread across Alabama Thursday and Thursday night ahead of Arctic cold front to our northwest as it slowly sinks south enhancing uplift across the state. Highs on Thursday will be in the 60s and there will be some surface based instability, but the better shear values will be north of the front in the cold air, and still for now severe storms are not expected, but we can’t rule out a few stronger storms as the system moves through the state. We should receive a soaking rain as rain amounts of around one inch are expected through Friday. Friday starts off with some scattered showers, but these will end early in the the day, but the clouds should linger. It will be a colder day as the edge of the Arctic air slides into Alabama, highs Friday for much of North/Central Alabama will be in the 40s.

WORLD TEMPERATURE EXTREMES: Over the last 24 hours, the highest observation outside the U.S. was 109.9 F at Vioolsdrif, South Africa. The lowest observation was -57.6F at Vostok, Antarctica.

WEATHER ON THIS DATE IN 1933: The temperature at Moran, WY, located next to Teton National Park, plunged to 63 degrees below zero to establish a state record. The temperature at the Riverside Ranger Station in Montana dipped to 66 below zero to establish a record for the state, and a record for the nation which stood until 1954.