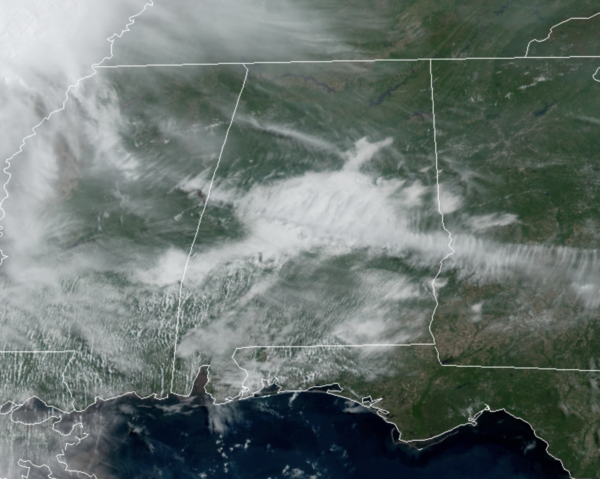 We are seeing a mix of sun and clouds across Alabama today and temperatures are warming into the low and mid 80s this afternoon. A few widely scattered showers and storms will likely form during the afternoon and evening hours, but these will be few and far between. We do note, the SPC maintains a low end “marginal risk” (level 1/5) for the northwest corner of the state where a few storms could produce hail and gusty winds later this evening. 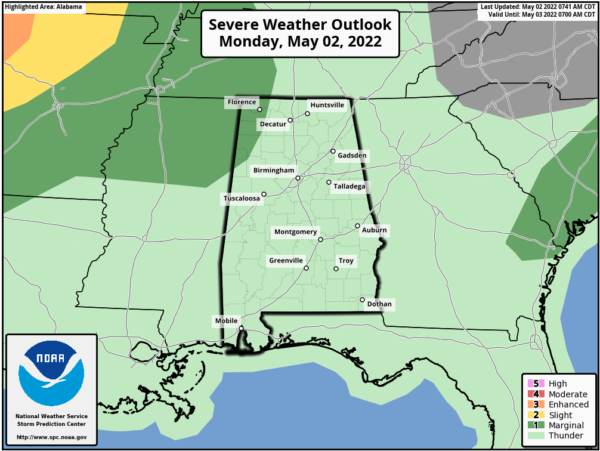 Tomorrow we will continue to see sun and clouds with warm temperatures as the upper ridge holds; the high will be in the mid 80s again, and during the afternoon hours, a few isolated showers are possible. Showers and storms should be a little more numerous over the northern half of the state Wednesday as a weakening cold front approaches the state.

END OF WEEK FRONT: Thursday looks warm and dry, but a band of organized showers and storms will likely push into the state late Thursday night into early Friday morning as a front moves into the state. The SPC has defined a severe weather risk for much of West Alabama with this system. 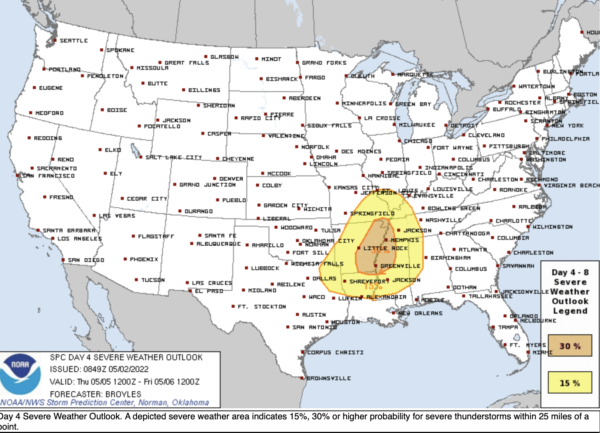 The higher severe weather probabilities are to the west Thursday. Storms could produce strong winds and hail as they move through Alabama late Thursday night, likely after midnight. We can’t completely rule out a brief, isolated tornado or two. We will be much more specific about the threat as the event gets closer.

The sky will clear late Friday afternoon over the northern half of the state as drier air returns; the high will be in the upper 70s.

WORLD TEMPERATURE EXTREMES: Over the last 24 hours, the highest observation outside the U.S. was 116.8F at Bikaner, India. The lowest observation was -99.2F at Concordia, Antarctica.