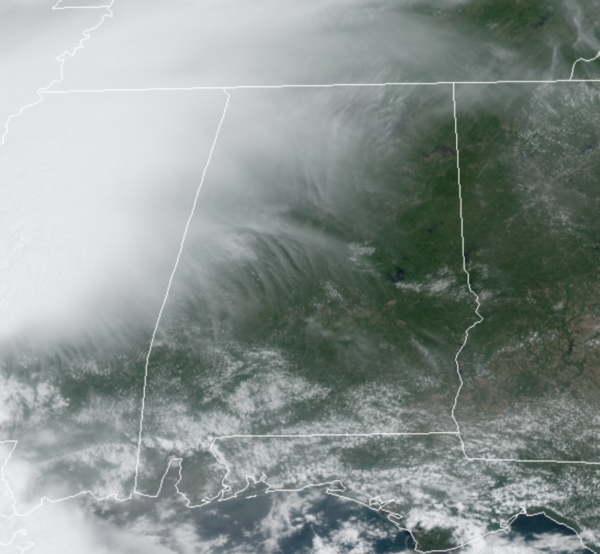 We are watching a cluster of storms to our west that are dropping southeast towards Alabama. Some portions of West, Southwest, and South Alabama are going to see heavy rain and strong storms, while the rest of North and Central Alabama will stay mainly dry with more clouds. 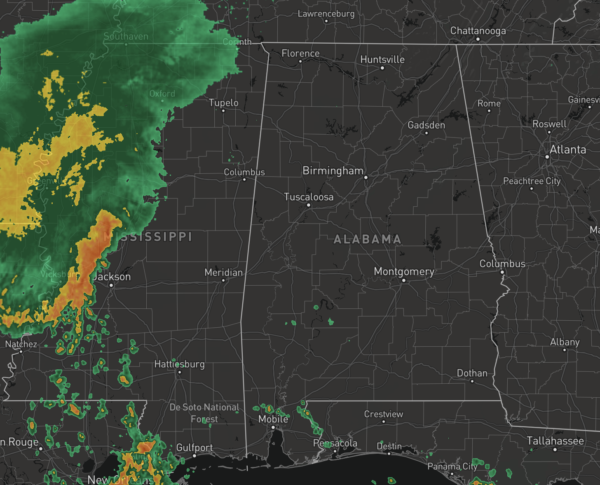 We are seeing highs in the mid to upper 80s, while 90s are more common down south. The SPC has maintains a “slight risk” (level 2/5) of severe thunderstorms today for the southwest counties of the state, with a “marginal risk” (level 1/5) as far east as Gordo, Marion, Hayneville, and Geneva. 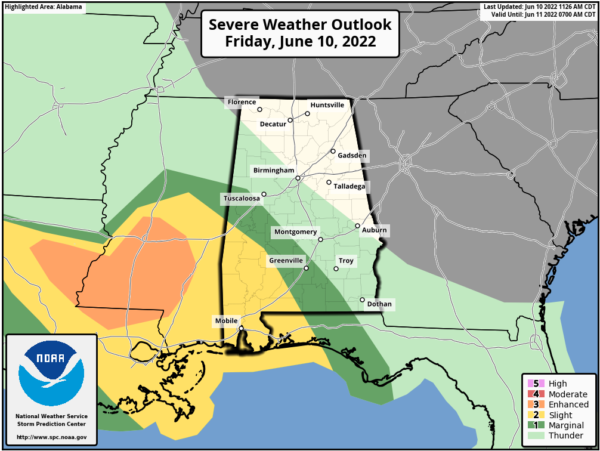 Storms in this part of the state this afternoon will be capable of producing strong gusty winds and some hail. Showers may be hard to find for areas north and east of Birmingham today.

THE ALABAMA WEEKEND: Both days we are forecasting a good supply of sunshine and only isolated showers and storms. The high Saturday will be in the mid to upper 80s and lower 90s return on Sunday.

NEXT WEEK: An upper ridge is forecast to strengthen, with potential for highs in the mid 90s by the middle of next week. Some risk of scattered storms during the afternoon and evening hours, but much of the week for now looks dry.

IN THE TROPICS: The Atlantic Basin, all is quiet, and no tropical cyclone development expected through the weekend.

WORLD TEMPERATURE EXTREMES: Over the last 24 hours, the highest observation outside the U.S. was 124.2F at Jahra, Kuwait. The lowest observation was -79.1F at Vostok, Antarctica.