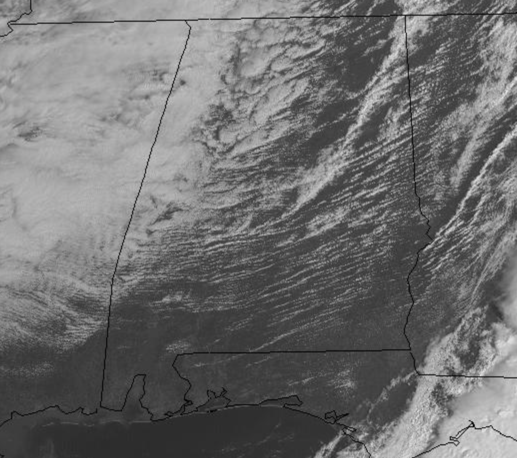 The rain and storms are out of here, but clouds continue to linger across much of state as the upper trough swings through. It could squeeze out a few scattered showers over the northern third of the state this afternoon, but these will be very light. It is a noticeably cooler day as well, with highs in the low to mid 60s expected, but at the late morning hours, we are mostly seeing 50s. 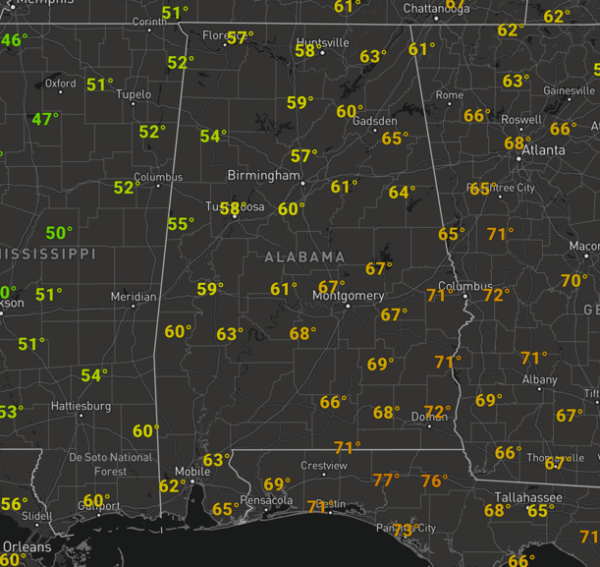 Also, it is a windy day with a west wind of 15-25 mph, with higher gusts possible. A wind advisory is in effect for much of Central Alabama until 7PM this evening. The clouds will stick around overnight and through the day tomorrow, and in fact, a wedge of cooler air will move into Alabama from the east tomorrow and highs will not make it out of the 50s. We also need to mention the chance for a few light showers tomorrow afternoon and evening as well, especially across East Alabama.

WEEKEND WEATHER: An unseasonably cool weekend of weather is ahead as we roll into the first official weekend of spring as the vernal equinox occurs at 4:37AM CDT Saturday. We will start Saturday off in the low 40s, but the sky should become partly to mostly sunny by the afternoon with highs across Central Alabama near 60 degrees. Sunday morning will be clear and cold with lows in the mid to upper 30s, they could be some areas of frost over the northern half of the state, and colder valleys might see a light freeze. Then, during the day Sunday, expect a sunny sky with a high in the mid 60s. Average highs for this time of year are in the upper 60s.

WORLD TEMPERATURE EXTREMES: Over the last 24 hours, the highest observation outside the U.S. was 107.6F at Birni-N’Konni, Niger. The lowest observation was -92.0F at Concordia, Antarctica.