A chill in the air this morning, but we are warming up through the midday hours. We are seeing clouds in spots, while other locations are seeing plenty of sun. 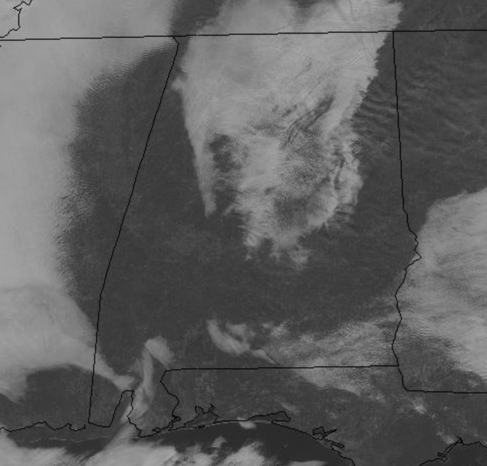 We should see more sun at times through the afternoon and afternoon temperatures should climb into the mid 50s for most locations, but at the midday hour, most of North/Central Alabama remains in the 40s. 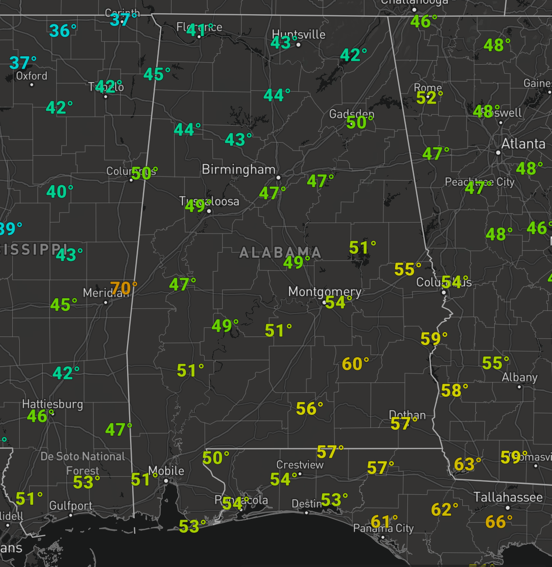 Clouds will be in the increase later today and a widespread rain should move into the state overnight, with temperatures holding in the 40s due to the added cloud cover.

WET START TO WEDNESDAY: Rain should be ongoing to start our day tomorrow, but through the day, the rain will gradually wind down and should be mostly done for North/Central Alabama around the midday hours. The low will be down along the Gulf Coast, and the air will be cool and stable tomorrow for much of the state, so there is no threat of severe weather. Temperatures struggle to reach 50 degrees tomorrow. Rain amounts for most of the state will be around 1/2 inch.

WORLD TEMPERATURE EXTREMES: Over the last 24 hours, the highest observation outside the U.S. was 106.9F at Oodnadatta Airport, Australia. The lowest observation was -63.9F at Ekyuchchyu, Russia.

WEATHER ON THIS DATE IN 1988: High pressure in the Pacific Northwest and low pressure in the southwestern U.S. combined to produced high winds from Utah to California. Winds gusting to 70 mph in the San Francisco area left nearly 300,000 residents without electricity. Winds in Utah gusted to 105 mph at Centerville.

#1 Farmers in the USA

#1 Farmers in the USA