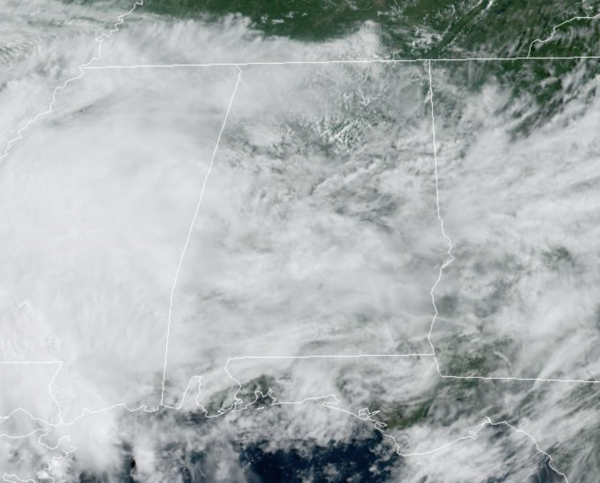 We continue to have a stalled surface boundary in place across Alabama and that is keeping our weather mainly cloudy with occasional showers and storms. No severe storms, but the overall forecast for much of Alabama is a wet one the next few days. 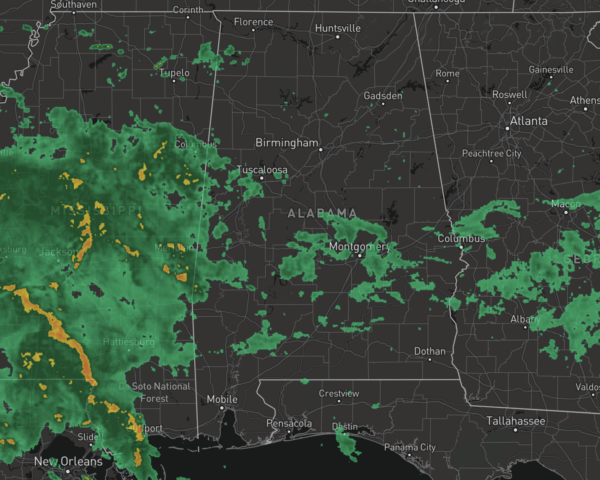 Rain is possible at anytime, and could come down quite heavy at times so we will have to keep an eye out for some localized areas of flooding. Between now and Thursday additional rainfall amounts of 1-2 inches are possible, especially for areas of West Alabama. Keep the rain gear close each day, at some point you will need it. With the clouds and rain, temperatures are well-below average for late August in Alabama with most locations in the upper 70s and lower 80s.

FRIDAY & THE WEEKEND: To end the week, the pattern begins to change some and the weather begins to trend slightly drier, as an upper high slowly builds. Showers and storms become more scattered in nature, and we should see increasing amounts of sun. Highs will be generally in the upper 80s, still below average for late August. The chance of any one spot getting wet on these three days is in 40-50 percent range, with the most activity during the afternoon and evening hours.

IN THE TROPICS: Shower activity remains minimal in association with a tropical wave located several hundred miles west of the Cabo Verde Islands. Development, if any, of this system is expected to be slow to occur during the next several days while the system moves westward to west-northwestward at 10 to 15 mph across the tropical Atlantic. Formation chance through 5 days…low…10 percent. 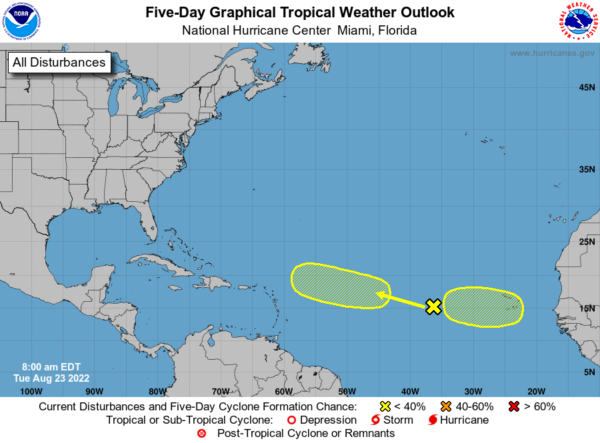 Also, a tropical wave is forecast to move off the west coast of Africa in a couple of days. Environmental conditions could support some slow development of this system late this week or over the weekend while it moves westward at 10 to 15 mph. Formation chance through 5 days…low…20 percent.

WORLD TEMPERATURE EXTREMES: Over the last 24 hours, the highest observation outside the U.S. was 119.8F at Jarha, Kuwait. The lowest observation was -107.1F at Dome C, Antarctica.