A tropical air mass remains in place, so scattered to perhaps numerous showers and storms will continue show up across the Alabama landscape today and tomorrow, but not the coverage we have seen in recent days. For the most part, we are seeing a mix and sun and clouds and temperatures are surging well into the 80s, with some 90s showing up. 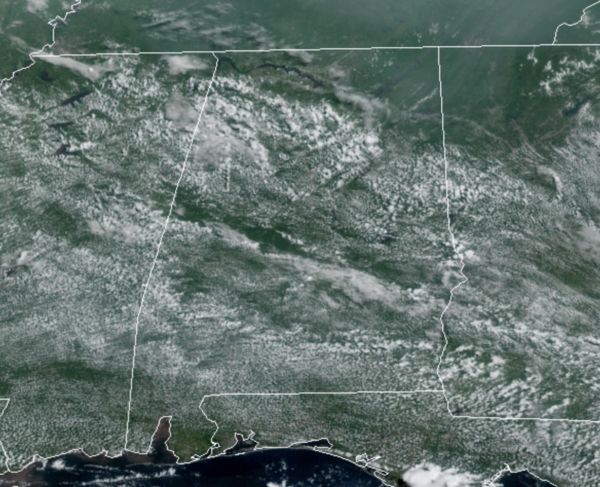 Though rain chances are a bit lower, there will still be plenty of activity on the radar during the afternoon and evening hours, and this activity will be capable of producing lots of lightning and more tropical downpours, which could lead to some isolated flash flooding.

RADAR CHECK: Approaching the midday hours, we are starting to see our daily showers/storms developing due to the heating of the day. The motion of the storm activity day looks to be from northwest to southeast, and these will continue to expand in coverage as we head through the afternoon hours. 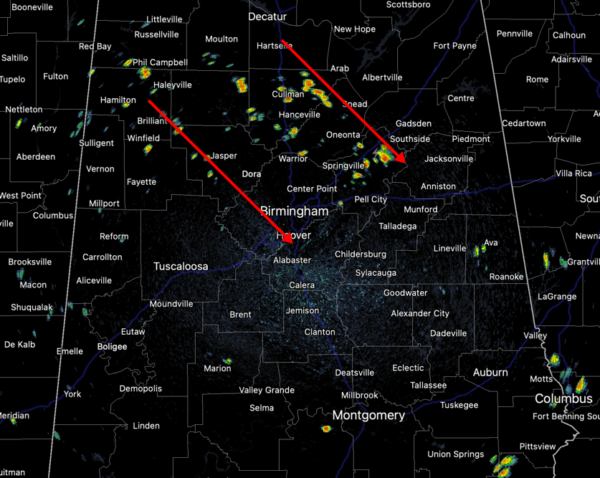 THE ALABAMA WEEKEND: As the pattern begins to change, the weather will be fairly routine for late July; mainly sunny days with random, mostly afternoon and evening thunderstorms both days. Rain chances Saturday will be in the 30-40% range, and likely dropping closer to 20% by Sunday. Highs over the week will return to lower 90s.

IN THE TROPICS: The Atlantic basin will remain quiet through tomorrow. However, a broad trough of low pressure located over southern Georgia is expected to move off of the southeastern United States coastline by Friday. Environmental conditions are expected to be marginally conducive for some gradual development over the weekend and into early next week while the system drifts slowly offshore of coastal North and South Carolina. Formation chance through 5 days…low…30 percent. 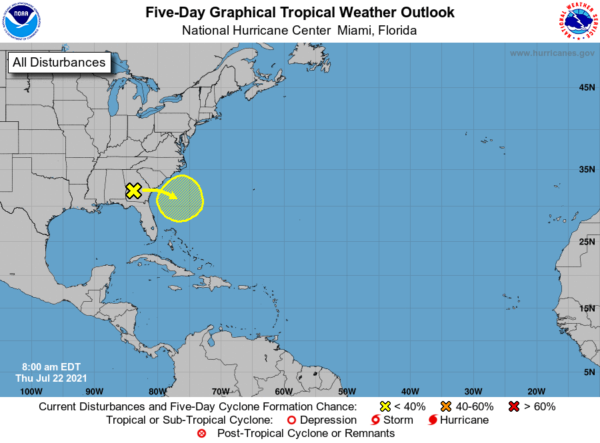 WORLD TEMPERATURE EXTREMES: Over the last 24 hours, the highest observation outside the U.S. was 123.8F at Khanaqin, Iraq. The lowest observation was -100.1F at Amundsen-Scott South Pole Station, Antarctica.

WEATHER ON THIS DATE IN 1918: A single bolt of lightning struck 504 sheep dead in their tracks at the Wasatch National Forest in Utah. Sheep often herd together in storms, and as a result the shock from the lightning bolt was passed from one animal to another.