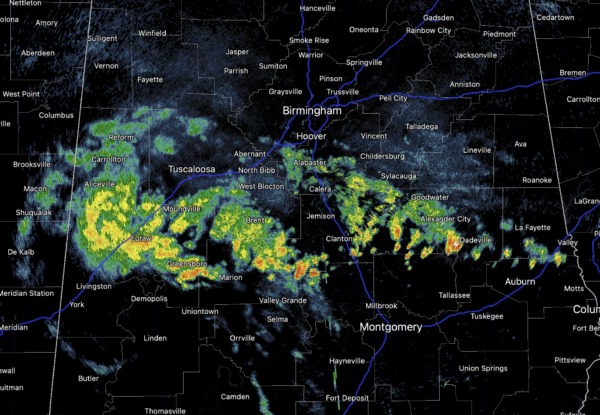 Showers and storms continue across West and Central Alabama today as they rotate around the the mesoscale convective vortex, left over from the storms yesterday and last night. These showers and storms are producing more heavy rainfall and lightning in some locations. Not expecting severe storms today, but these storms could cause more areas of isolated flash flooding as they move slowly over the area. 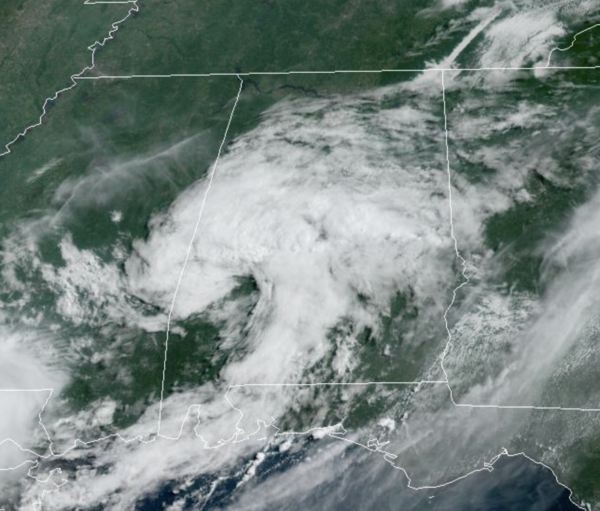 The clouds are keeping many areas in the 70s and 80s today, but locations which are seeing sunshine can expect highs in the low 90s this afternoon. This vortex should dissipate later this evening.

WEEKEND AND NEXT WEEK: The upper ridge to the west begins to build east into the Deep South, meaning lots of heat, and fewer showers and storms. Highs will be mostly in the mid 90s over the weekend. For the week ahead, more of the same with hot temperatures, high humidity, and daily showers and storms, mainly during the afternoon and evening hours. Rain chances next week will be in the 20-30% range. Everything looks pretty routine for the final week of July.

THE TROPICS: The Atlantic Basin is quiet for now with no signs of development through the weekend and into next week. The next few names up are Danielle, Earl, and Fiona.

WORLD TEMPERATURE EXTREMES: Over the last 24 hours, the highest observation outside the U.S. was 123.4F at Jarha, Kuwait. The lowest observation was -97.2F at Vostok, Antarctica.