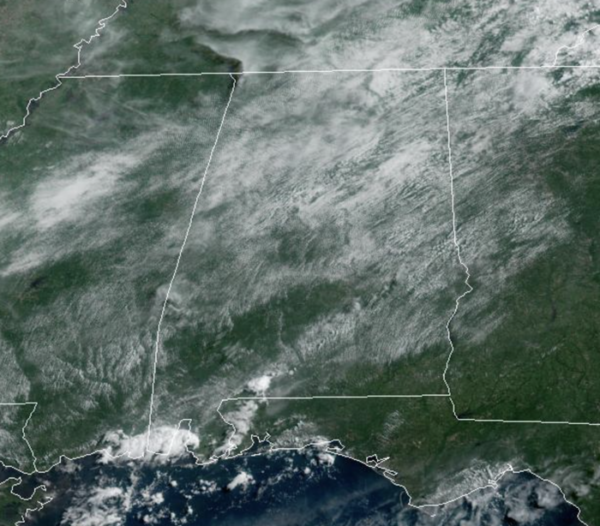 Today is very similar to yesterday, with a mix of sun and clouds we are seeing afternoon temps climb into the low 90s for most locations. The radar again has activity on with with showers and storms scattered about the Alabama landscape. These will wind down this evening after sunset and we can expect a very warm and muggy night with lows in the low to mid 70s.

HOTTER, DRIER TOMORROW: The upper ridge builds in some tomorrow, causing warmer air aloft. This will cause showers and storms to thin out and become more isolated. Also, with the sinking air, temperatures will be hotter with low and mid 90s expected. Rain chances tomorrow will be less than 20%. Expect the same forecast for Thursday as well.

END OF WEEK BOUNDARY: We are watching a surface front to our north, which is producing tremendous amounts of rainfall and causing flooding across the Mississippi and Ohio Valleys today. This front will slowly sink south in the coming days and looks to stall across North Alabama by the end of the week. We are raising our rain chances Friday and the weekend, as the boundary will bring a much higher increase in the coverage of showers and storms for the northern half of the state. Again, rainfall distribution will remain very uneven, with some locations getting a lot, and some spots little to none, and we could have to monitor rainfall trends for areas of isolated flash flooding. The sky will be occasionally cloudy, and highs will be closer to 90°.

THE TROPICS: The Atlantic Basin is quiet for now with no signs of development through the weekend. The next few names up are Danielle, Earl, and Fiona. The season will pick up in the coming weeks as we enter the heart of the season, late August, September, and early October.

WORLD TEMPERATURE EXTREMES: Over the last 24 hours, the highest observation outside the U.S. was 119.7F at Khor, Iran. The lowest observation was -93.3F at Amundsen-Scott South Pole Station, Antarctica.