Certainly a wet start to the day for nearly all of us, but as we approach the midday hours and head into the afternoon, drier air is moving into North Alabama, and the rain is ending gradually from north to south across the state. Still areas of showers persist, but most of the activity is now shifting down into South Alabama. 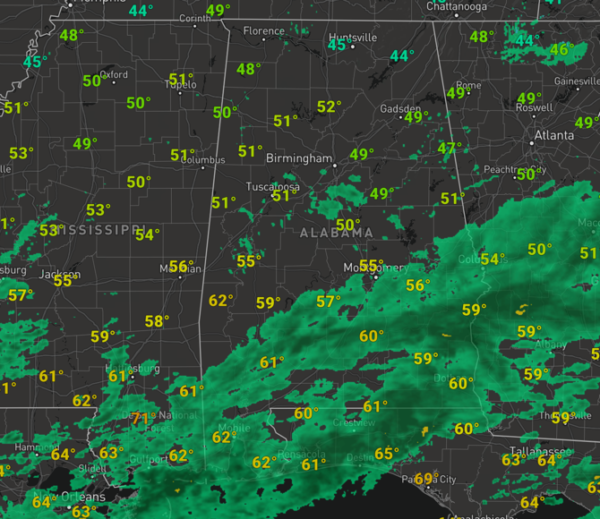 It remains cloudy, be we are seeing some peaks of sunshine, with the clearing line to our northwest across but it will continue to sink south the rest of today and overnight. 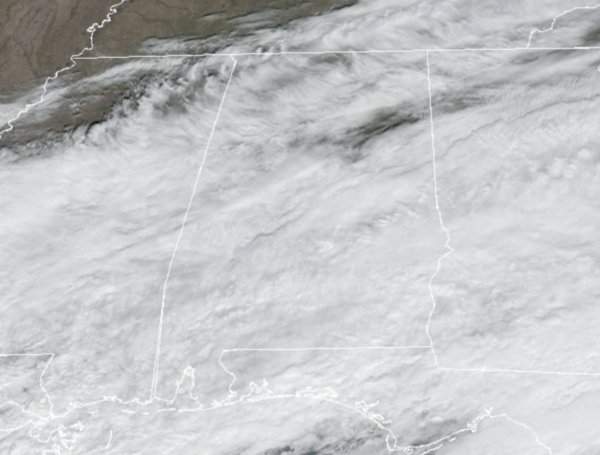 Temperatures are ranging from the 40s in the north, 50s in Central Alabama, with 60s down south. Tonight, the sky will become mainly clear and temperatures will fall well down into the 30s by first thing tomorrow morning.

WEEKEND WEATHER: Tomorrow will be a dry day with mainly sunny sky and highs in the mid to upper 50s. Tomorrow night, clouds will be on the increase across the state as a warm front lifts north allowing moisture levels to rise. Much of Sunday looks dry, but we will see more clouds than sun and showers are expected to return as we head through the afternoon hours. Highs Sunday will climb well into the 60s.

WORLD TEMPERATURE EXTREMES: Over the last 24 hours, the highest observation outside the U.S. was 113.2F at Augrabies Falls, South Africa. The lowest observation was -73.1F at Habardino, Russia.

WEATHER ON THIS DATE IN 1943: Chinook winds during the early morning hours caused the temperature at Spearfish SD to rise from 4 below zero to 45 above in just two minutes, the most dramatic temperature rise in world weather records. An hour and a half later the mercury plunged from 54 above to 4 below zero in twenty-seven minutes.