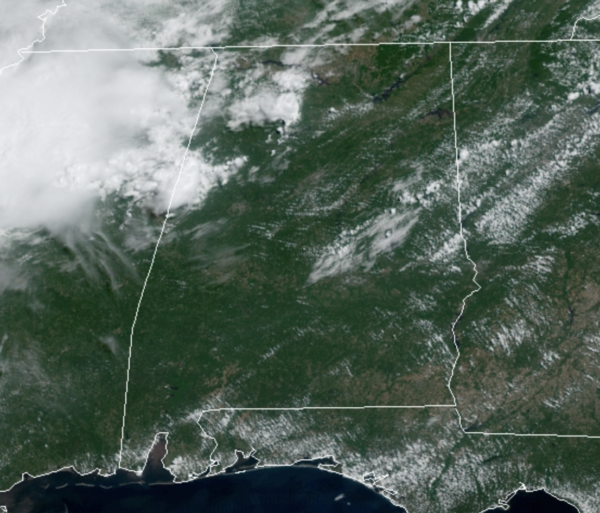 It is a hot and humid June day across Alabama, but rain and storms are on the way. A frontal boundary is moving into the state and it will bring a higher coverage of rain and storms the rest of today. It won’t rain everywhere, but where storms do form they could pack a punch and the SPC continues a “marginal risk” (level 1/5) of severe thunderstorms for much of North and Central Alabama. 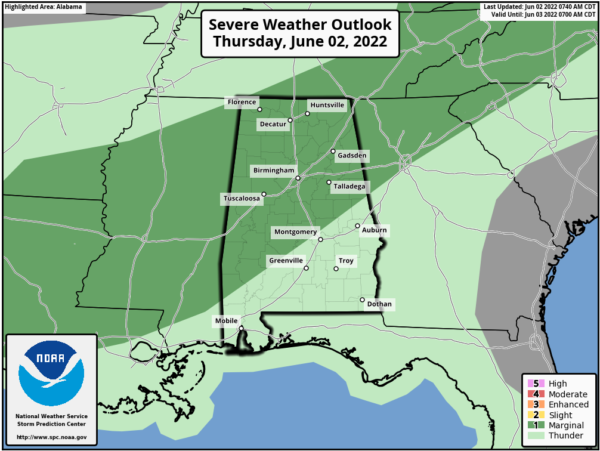 The radar is getting active late this morning across West Alabama, and these storms will continue to increase in coverage as they slide east. Where it doesn’t rain, temperatures are heading into the 90s this afternoon. 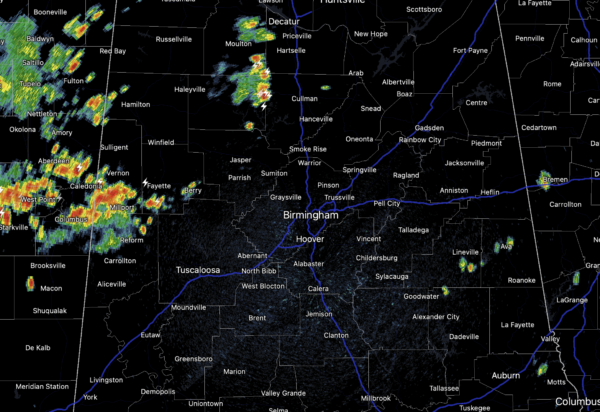 IN THE TROPICS: Two areas the NHC is monitoring today: A broad area of low pressure located over the northeastern portion of the Yucatan Peninsula continues to produce a large area of disorganized showers and thunderstorms over the northwestern Caribbean Sea and Yucatan Peninsula. Despite strong upper-level winds, this system is likely to become a tropical depression or tropical storm while it moves slowly northeastward over the northwestern Caribbean Sea and southeastern Gulf of Mexico during the next day or two. Interests in western Cuba, the Florida Keys, and the Florida Peninsula should monitor the progress of this system, and tropical storm watches or warnings could be required for some of these areas later today. Regardless of development, areas of heavy rainfall are likely across portions of the Yucatan Peninsula and western Cuba during the next day or so, spreading across southern and central Florida and the Florida Keys Friday and Friday night, and the northwestern Bahamas on Saturday. These heavy rains could cause scattered to numerous flash floods across South Florida and the Florida Keys. Formation chance through 48 hours…high…80 percent. 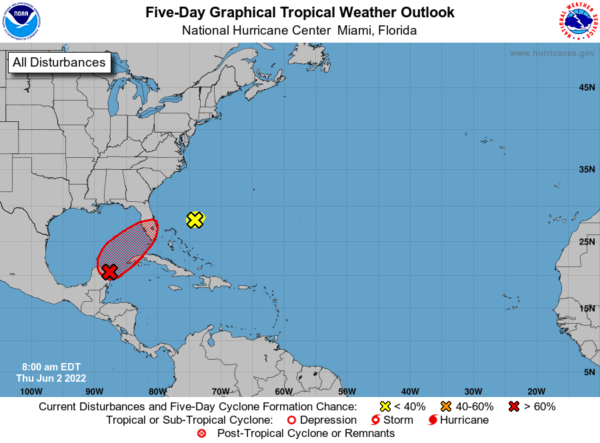 Also, in the Southwestern Atlantic: Shower activity associated with a weak surface trough located about 200 miles east-northeast of the northwestern Bahamas has diminished, and upper-level winds remain strong in the area. Development of this system is not expected while it moves northeastward at 5 to 10 mph over the southwestern Atlantic during the next couple of days. This feature is not expected to develop.

TOMORROW AND THE WEEKEND: Behind the front, a surge of drier air enters the state and will bring rain-free weather to much of North Alabama, however there will be storms across South Alabama tomorrow, mainly along the US 84 corridor from Grove Hill to Evergreen to Dothan. The SPC has a “marginal risk” of severe storms down that way tomorrow. 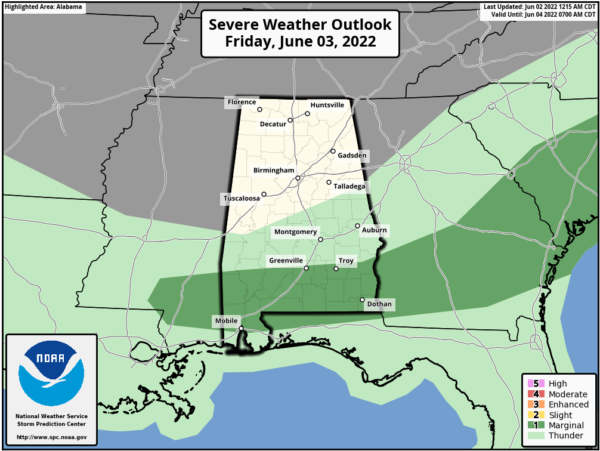 For the rest of Alabama, the weather the weather will be very pleasant, with highs in the low to mid 80s and lower humidity tomorrow and Saturday. Many places will drop into the 50s early Saturday morning with a clear sky. Sunday, temperatures will be closer to 90° and a pop-up shower and storm will return to the forecast.

NEXT WEEK: We are looking at a pretty routine week for early June; partly sunny days, fair nights, and the chance of “scattered, mostly afternoon and evening showers and thunderstorms” on most days. Highs will stay close to the 90 degree mark.

WORLD TEMPERATURE EXTREMES: Over the last 24 hours, the highest observation outside the U.S. was 118.0F at Ainaltamer, Iraq. The lowest observation was -89.0F at Concordia, Antarctica.