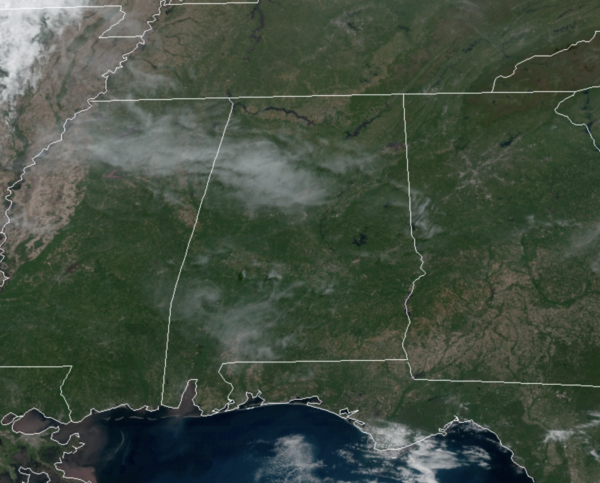 Great weather continues today as we are again seeing lots of sunshine, with just some upper-level cirrus clouds in the sky, giving us the filtered sunshine look. After another chilly morning, temperatures will be approaching the 80° mark this afternoon. Tonight, not as cool with lows in the mid 50s for most locations. Tomorrow will feature more clouds at times, with highs in the low to mid 80s. There could be a few isolated showers tomorrow afternoon over the southern half of the state.

ACROSS THE USA: Fire weather conditions continue on Thursday with critical concerns from eastern Arizona through much of New Mexico into the western Texas Panhandle and even elevated threats are possible in parts of the Northeast. Meanwhile, some severe storms are possible from the central High Plains into the southern Plains. Finally another major storm is anticipated across the Central U.S. starting on Friday.

WEEKEND WEATHER: Higher moisture levels return this weekend, meaning humidity levels will be higher. Both Saturday and Sunday will feature more clouds than sun, and highs in the low to mid 80s. On Saturday, we will mention some scattered showers or an isolated storm mainly during the afternoon and evening hours, but most places will stay rain-free. Sunday will feature more numerous showers and storms, especially for the northern half of the state, as a weakening front drops into the state from the north.

HELLO MAY: The first week of May looks more like late May with a summer-like pattern developing over the state. Monday through Thursday, expect warm and humid days with highs in the 80s and lows in the 60s. Higher humidity means scattered showers and storms will be possible on a daily basis, but again, nothing too heavy or widespread. Late in the week, it looks like another front could bring more numerous areas of rain and storms.

WORLD TEMPERATURE EXTREMES: Over the last 24 hours, the highest observation outside the U.S. was 114.8F at Jacobabad, Pakistan. The lowest observation was -101.0F at Vostok, Antarctica.