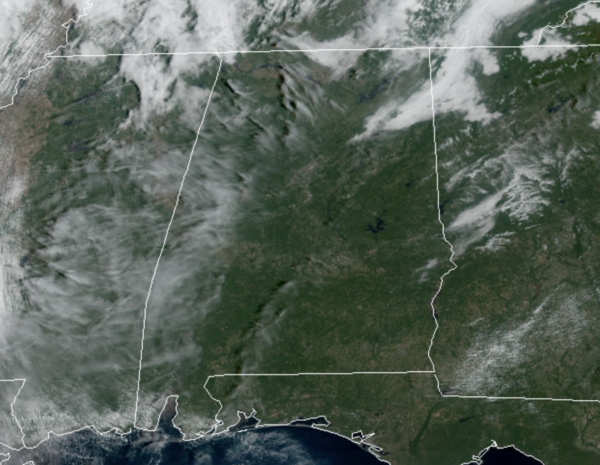 The weather will remain mainly sunny and dry today and tomorrow with highs in the low to mid 80s. The day Friday will be warm and dry as well, but a cold front will cause clouds to increase late in the day with scattered showers and storms likely late Friday night and early Saturday; most of these should be after most of the Friday night football games. Limited moisture levels means rain amounts should not amount too much, and many locations are likely to stay dry.

FINALLY FEELING LIKE FALL: The front passes through the state early Saturday with clouds and showers ending early in the day. By the afternoon, the sky will be clearing as the drier and cooler air spills into the state with a fresh, gusty north breeze of 10-25 mph; highs Saturday will be closer to 70°. Sunday will be a fantastic fall day with abundant sunshine and highs again around 70°. Many North/Central Alabama communities will dip well down into the 40s early Sunday and Monday mornings.

FRIDAY NIGHT LIGHTS: For the high school games Friday night, the sky will be mostly cloudy with a shower possible at some stadiums; temperatures will be in the 70s. Not expecting any especially heavy rain or any lightning. 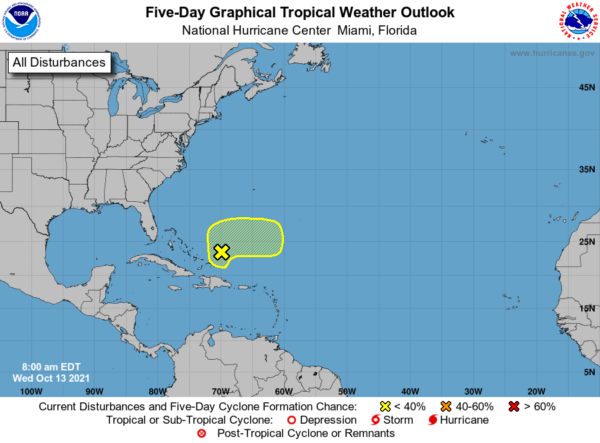 IN THE TROPICS: For the North Atlantic…Caribbean Sea and the Gulf of Mexico: A large area of disorganized showers and thunderstorms over Hispaniola, the Turks and Caicos, the southeastern Bahamas, and adjacent Atlantic waters continue in association with a surface trough of low pressure. Development, if any, of this disturbance should be slow to occur during the next couple of days due to unfavorable upper-level winds. The system is forecast to drift northward through tonight, then accelerate eastward as a broad area of low pressure on Thursday. Toward the end of the week, further development is not anticipated since the disturbance will be interacting with a frontal system. Regardless, locally heavy rainfall is possible over portions of Hispaniola, the Turks and Caicos, and the southeastern Bahamas during the next day or two. Formation chance through 5 days…low…10 percent.

WORLD TEMPERATURE EXTREMES: Over the last 24 hours, the highest observation outside the U.S. was 109.4F at Arafat, Saudi Arabia. The lowest observation was -83.0F at University Dome, Antarctica.

7:00 AM | ***Much warmer today…rain from late today into Tuesday with possible strong thunderstorms…some of the rain will be heavy*** — Weather

7:00 AM | ***Much warmer today…rain from late today into Tuesday with possible strong thunderstorms…some of the rain will be heavy*** — Weather