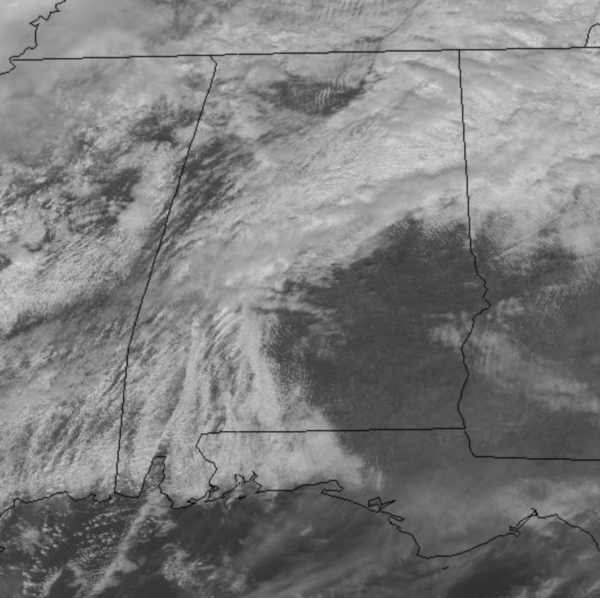 A warm front lifted north through Alabama overnight in response to a developing storm system northwest of Alabama. We are in the warm sector of the system, and temperatures are some 15-20 degree above average for this time of year. 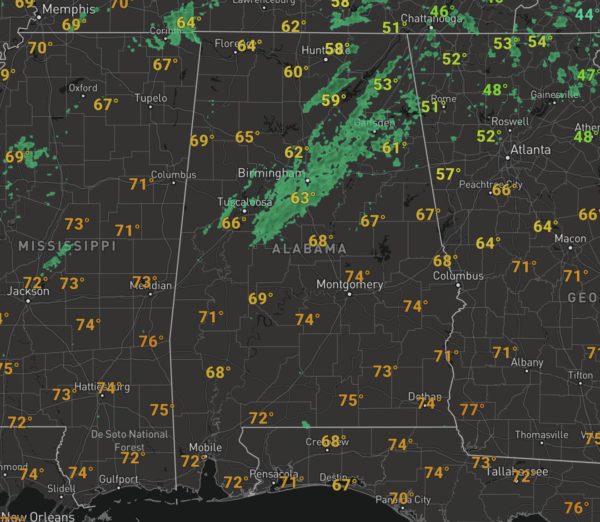 Under a mainly cloudy sky and a few scattered showers across the Alabama, temperatures at midday are surging into the 60s, and will be in the upper 60s and lower 70s this afternoon and our winds will be on the increase due to tightening pressure gradient, and could gusts in the 20-30 mph range as we head into the overnight hours.

RAIN/STORMS TONIGHT: The approaching cold front will cause showers and thunderstorms to become likely overnight and as of this morning, the SPC expanded the “marginal risk” (level 1/5) of severe thunderstorms down into the northern 2/3 of Alabama for tonight. Areas along and north of a line from Jackson to Montgomery to Auburn could see a few stronger storms tonight. 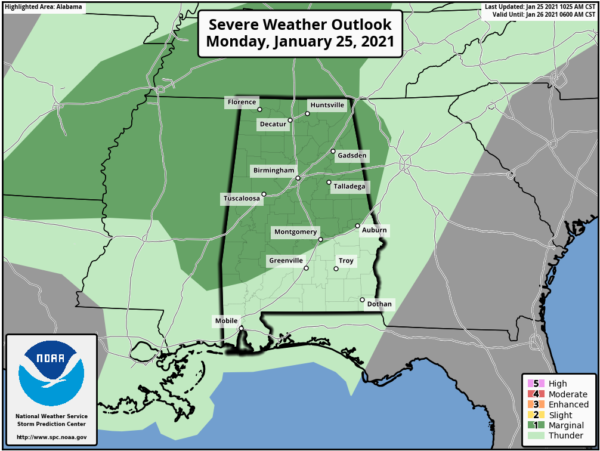 A layer of warm air aloft will limit the threat, but a few storms could produce strong, gusty winds. The chance of an isolated tornado is low, but not zero. The main window for this threat will come from 7PM-3AM, so make sure you remain weather aware overnight and have a reliable way to get and hear warnings, if they are needed overnight. The cold front will push down and stall across South/Central Alabama around the Montgomery area overnight.

WORLD TEMPERATURE EXTREMES: Over the last 24 hours, the highest observation outside the U.S. was 107.4F at Narrandera Airport, Australia. The lowest observation was -67.5F at Tegyultya, Russia.

WEATHER ON THIS DATE IN 1821: The Hudson River was frozen solid during the midst of the coldest winter in forty-one years. Thousands of persons crossed the ice from New York City to New Jersey, and refreshment taverns were set up in the middle of the river to warm pedestrians.

Most Of Alabama Dry Through The Weekend : The Alabama Weather Blog