MORE WINTER WEATHER WOES: A winter storm warning is in effect through tonight for Lamar, Marion, Winston, Franklin, Lawrence, Colbert, Lauderdale, and Limestone counties in Northwest Alabama, while a winter weather advisory is in effect for Pickens, Fayette, and Walker counties, as yet another round of winter precipitation overspreads Alabama in the coming hours. 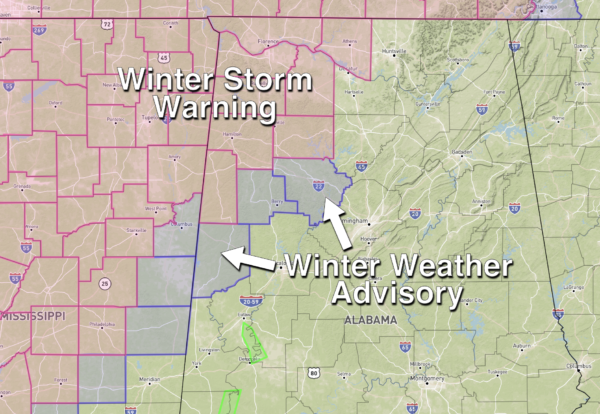 A low pressure is working east along the Gulf Coast and is causing moisture to spread north from the Gulf and overrun the cold air already in place. 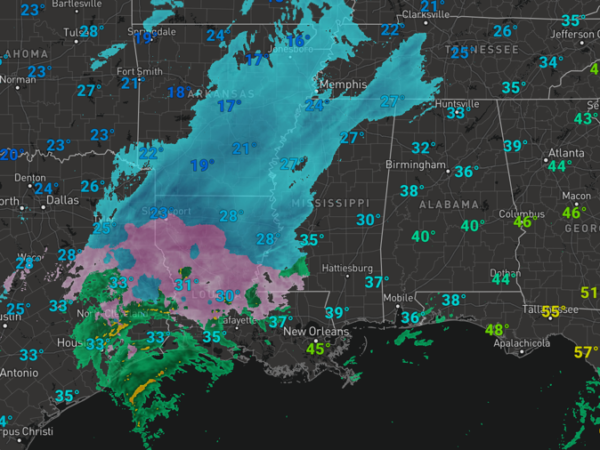 Where this is occurring, more snow, ice, and sleet are in the forecast and quite a bit of snow and ice are ongoing to the west of the state. 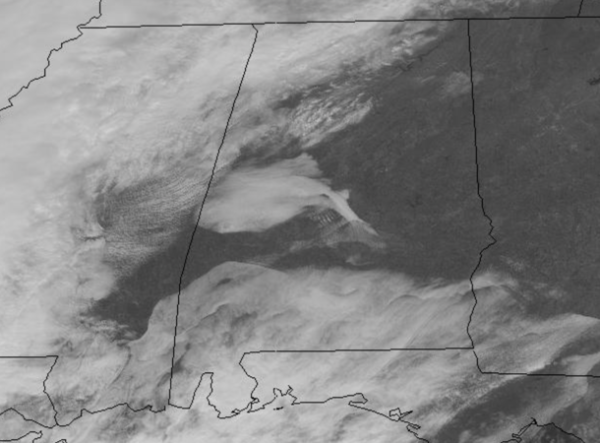 Through the rest of today, clouds continue to increase and areas of precipitation will be moving into the northwest counties, initially, in the form of sleet and snow for most counties in the winter storm warning area, with a gradual change to mostly sleet and freezing rain. Snow and sleet totals of 2-3 inches are possible around Florence and Muscle Shoals, and 1-2 inches over the rest of the winter storm warning area. For Pickens, Fayette, and Walker counties, it is a very close call, but there is potential for a “wintry mix” of sleet and snow for a brief time before it all changes to rain tonight, and is why the winter weather advisory has been issued. For the rest of Central North/Central Alabama, expect a cold rain, with temperatures in the upper 30s and lower 40s, and you can expect a soaking rain event with rain amounts in the 1-2 inch range.

SEVERE STORMS POSSIBLE TO THE SOUTH: To the south, a warm front should move onshore and allow an unstable air mass to move into far South Alabama tonight, and the SPC has defined a “slight risk” (level 2/5) of severe thunderstorms for Mobile and Baldwin counties and the Florida Panhandle, with a “marginal risk” (level 1/5) up to U.S. 84. 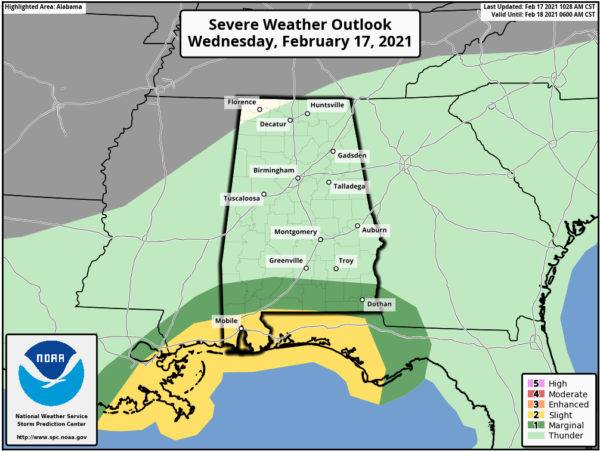 A few storms could produce strong winds, and an isolated tornado can’t be ruled out, but that threat is all conditional on how far north the warm front makes it.

FOR TOMORROW: The rain and storms will wind down early, but there will remain the risk of severe storms across the southeast corner of the state from Troy down to the Dothan through the mid-morning hours. 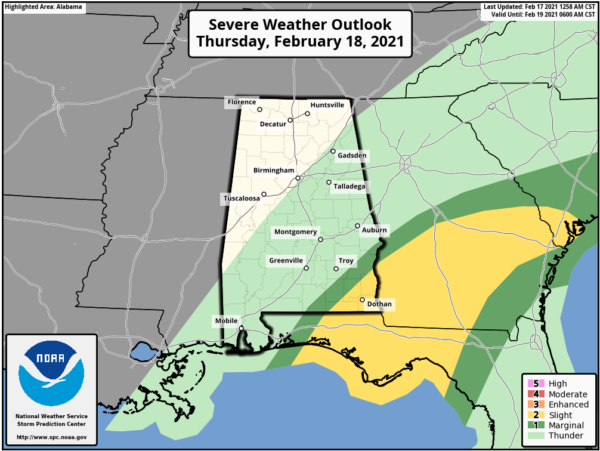 For the rest of the state, it looks to remain mainly cloudy with some lingering light rain, but also there will likely be some snow flurries or showers on the backside of the departing system. Temperatures for North/Central Alabama will again be in the 30s and 40s. Snow flurries will remain in the forecast tomorrow night over North Alabama as another surge of colder air pushes into Alabama.

WORLD TEMPERATURE EXTREMES: Over the last 24 hours, the highest observation outside the U.S. was 107.6F at Segou, Mali. The lowest observation was -66.1F at Vostok, Antarctica.