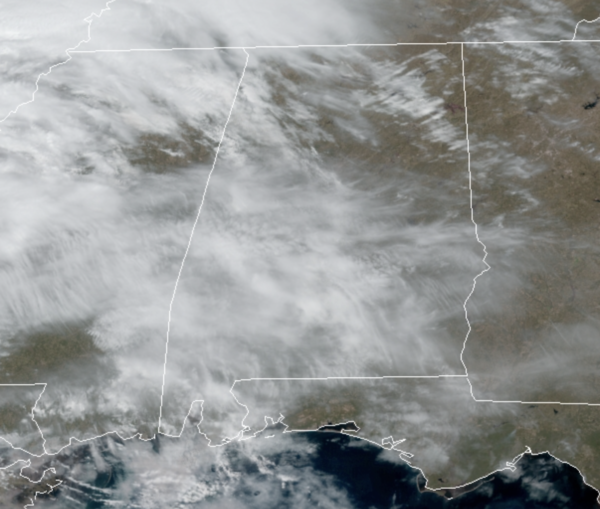 Clouds have been increasing across the state ahead of an upper trough moving out of the Plains today and there is some potential for a few sprinkles of rain tonight and early tomorrow, but limited moisture means most places will remain dry. Temperatures this afternoon will be in the mid 60s, which is right where they should be this time of year.

WEEKEND WEATHER: Tomorrow starts off with clouds, but we should see a gradually clearing sky by the afternoon. It will be a cooler days with highs in the 50s across North Alabama with low 60s in Central Alabama. It will also be breezy at times, making it feel cooler. Sunday starts off chilly with widespread 30s, but it will be a sunny day allowing highs to return to the mid 60s.

WORLD TEMPERATURE EXTREMES: Over the last 24 hours, the highest observation outside the U.S. was 108.0F at Navrongo, Ghana. The lowest observation was -77.8F at Vostok, Antarctica.

WEATHER ON THIS DATE IN 1962: A tremendous storm raged along the Atlantic coast. The great Atlantic storm caused more than 200 million dollars property damage from Florida to New England. Winds along the Middle Atlantic Coast reached 70 mph raising forty foot waves, and as much as 33 inches of snow blanketed the mountains of Virginia. The Virginia shoreline was rearranged by historic tidal flooding caused by the combination of the long stretch of strong onshore winds and the Spring Tides.