After the freezing temperatures this morning, we are seeing a nice warm up as our winds begin to increase from the south. 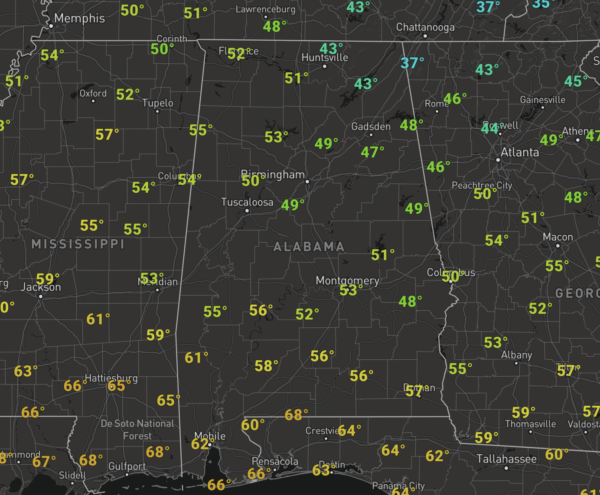 Temperatures later this afternoon will make it to about 60 degrees, but at midday they are still in the upper 40s and lower 50s. Clouds are increasing as moisture levels rise ahead of an approaching cold front. 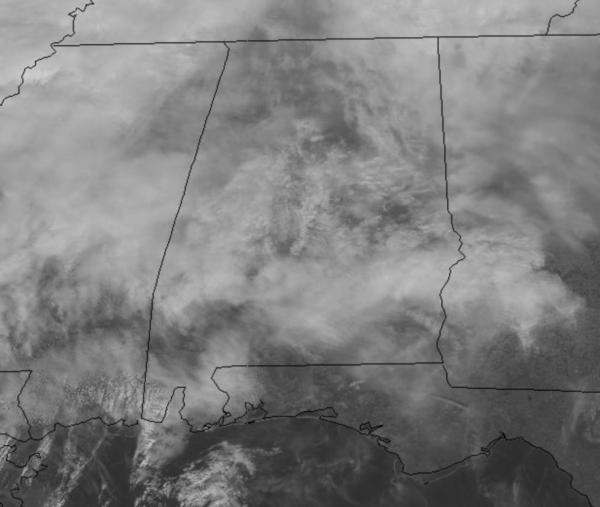 RAIN RETURNS TONIGHT: The cold front will bring rain to the state later this evening and into the overnight hours. Rain amounts less than 1/2 inch are expected, no severe storms, and likely no thunder. The rain ends by daybreak tomorrow for the northern half of the state, as the front sinks into South Alabama and stalls. Rain and clouds remain in the forecast for South Alabama tomorrow, but for the northern half of the state, we will see a mix of sun and clouds and colder temperatures with highs in the upper 40s and lower 50s.

WEEKEND WEATHER: Saturday will start off dry for areas north of the front, but a wave of low pressure forms along the front and it will cause clouds and rain to spread back north across the state through the day Saturday. Rain is likely statewide late in the day and continuing into Saturday night. Moisture will be limited, and rain amounts should be 1/2 inch or less. Before the rain returns, we will see a mix of sun and clouds with highs in the mid 50s. Overnight Saturday night, we could see a few snow flakes mixing in over North Alabama, but not impacts are expected with surface temps above freezing. Most of the rain comes to an end early Sunday with the sky becoming partly sunny as drier air works into the state. Highs Sunday should be in the upper 50s.

WORLD TEMPERATURE EXTREMES: Over the last 24 hours, the highest observation outside the U.S. was 107.1F at Vioolsdrif, South Africa. The lowest observation was -66.6F at Ekyuchchyu, Russia.