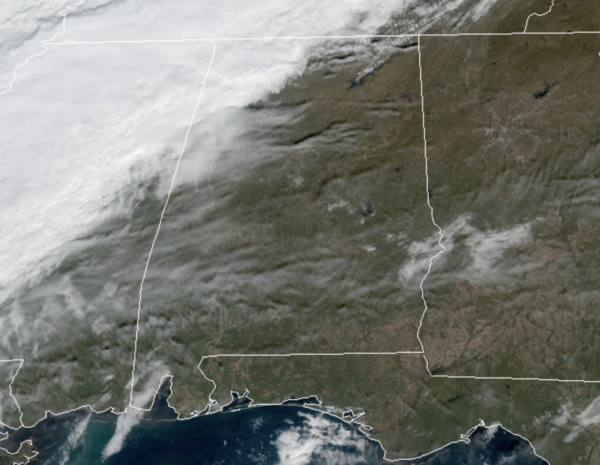 It was a beautiful start to the day, but clouds are increasing as a cold front approaches. We are watching the radar as rain is moving into the state and will be working south and east through the state this afternoon and evening. 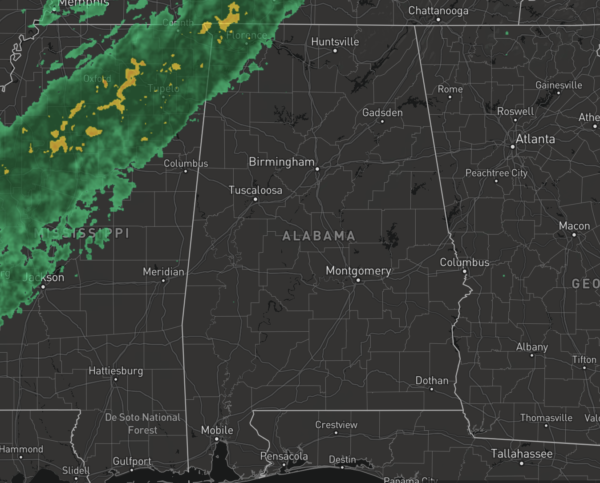 Rainfall totals will be relatively light, less than a quarter of an inch for most locations. It is a mild day with many locations surging into the 60s, enjoy the mild temperatures today, as it will be much colder tomorrow. The rain ends overnight as a much drier and colder air mass returns to the state. Lows tonight, will fall back into the 30s across Central Alabama.

FRIDAY: Tomorrow will be a sunny and colder with highs in the upper 40s and lower 50s across North/Central Alabama. It will be a blustery day as well, with north winds of 10-20 mph, making it feel colder. The winds will relax tomorrow night, and that will allow temperatures to fall into the 20s for most locations Saturday morning.

FRIDAY NIGHT LIGHTS: For the semifinals of those high school playoff games Friday night, the weather will be clear and cold with temperatures falling from the mid-40s at kickoff, into the 30s by the fourth quarter.

WEEKEND WEATHER: Saturday and Sunday will feature sunshine and blue sky across the state. After the freezing start Saturday, temperatures will return to the mid and upper 50s. Sunday will be a few degrees warmer, and we should see more lower 60s.

WORLD TEMPERATURE EXTREMES: Over the last 24 hours, the highest observation outside the U.S. was 109.9F at Mfuwe, Zambia. The lowest observation was -52.6F at Delyankir, Russia.

WEATHER ON THIS DATE IN 1950: A great storm hit the Northern and Central Appalachians with snow and high winds. Winds reached hurricane force along eastern slopes of the Appalachians, with gusts to 100 mph at Hartford CT, 110 mph at Concord NH, and 160 mph at Mount Washington NH. Heavy rain also hit the eastern slopes, with eight inches reported at Slide Mountain NY. The western slopes were buried under heavy snow. The storm produced record snowfall totals of 27.7 inches at Pittsburgh PA, and 36.3 inches at Steubenville OH. The snow, and record cold temperatures, resulted in 160 deaths.