Clouds are increasing across Alabama as moisture levels continue to rise due to a low pressure tracking along the Gulf Coast the next 24 hours. 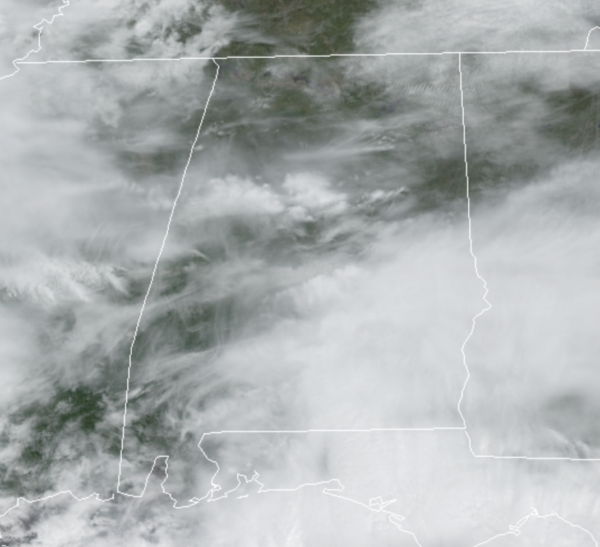 A few showers remain possible through the afternoon, but the more widespread rain looks to arrive tonight and continuing into the first half of tomorrow, and we note the rain along the Gulf Coast today. 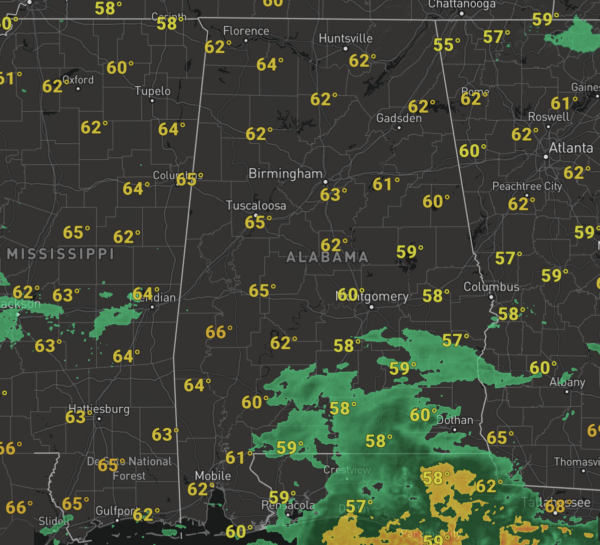 No severe storms, probably no thunder as the air will be cool and stable with temperatures in the 50s and 60s. Rainfall amounts will be less than one-half inch for much of North/Central Alabama, with higher amounts down towards the Gulf Coast. The rain tapers off through the morning hours tomorrow, but the clouds will linger through tomorrow afternoon. Tomorrow will be cool for April in Alabama with highs in the low to mid 60s. Drier air works into the state overnight Saturday, which will allow for sunshine to return on Sunday and Sunday will feature a more sun than clouds and highs ragning from the upper 60s to lower 70s.

For the Magic City Classic at Legion Field in Birmingham tomorrow night (Alabama State vs Alabama A&M… kickoff 6:30p CT)… the weather will be dry with a gradually clearing sky. Temperatures will fall from near 64 degrees at kickoff, into the upper 50s by the final whistle.

WORLD TEMPERATURE EXTREMES: Over the last 24 hours, the highest observation outside the U.S. was 111.9F at Matam, Senegal. The lowest observation was -93.5F at Concordia, Antarctica.