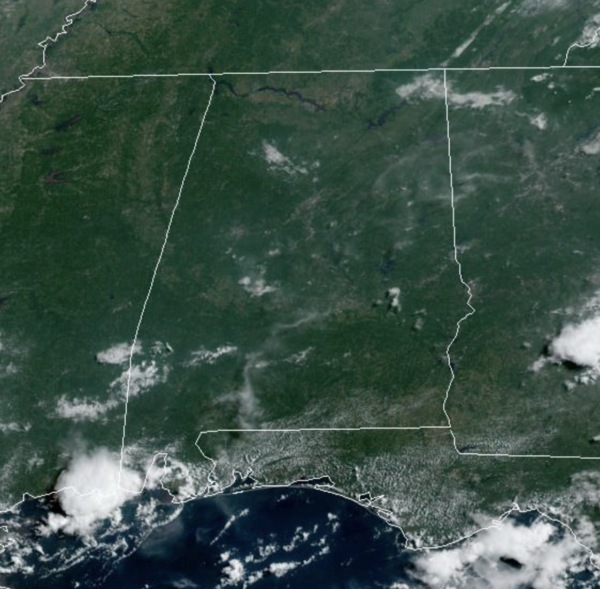 It remains very hot and very humid today with highs in the mid to upper 90s. Heat index values are over 105° again and the Heat Advisory continues through tomorrow for most of Alabama. Also, portions of the Tennessee Valley remain in an Excessive Heat Warning as heat index values will exceed 110° at times there.

This afternoon, random, scattered showers and thunderstorms will be firing up, and some of these could be on the strong side. The SPC maintains a “marginal risk” (level 1/5) for all of North and the eastern half of Alabama as there is the potential for a few wet microbursts this afternoon (localized areas of strong straight line winds) with stronger storms that form. Again, keep an eye on radar trends if you have outdoor events going on, there is no way of knowing in advance exactly when and where summer storms pop up in advance. 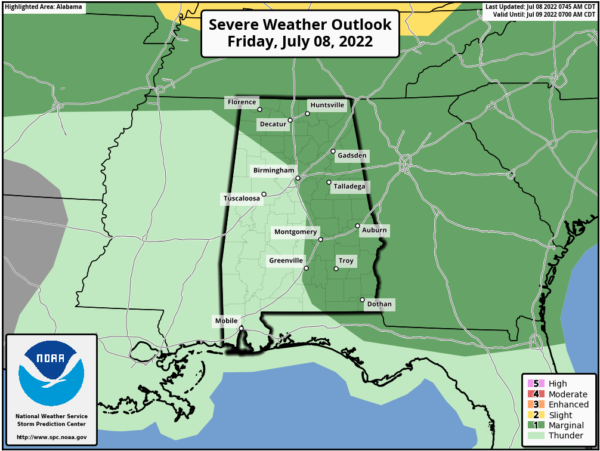 WEEKEND WEATHER: The ridge slides back to the west some, allowing heat levels to come down some. Also, it will allow northwest flow aloft, and that will allow for complexes of storms to roll into Alabama this weekend. We will have a mix of sun and clouds both days with a higher coverage of showers and thunderstorms. Still, it won’t everywhere, but any one spot stands a 60-70 percent chance of seeing at least one shower or storm over the weekend. 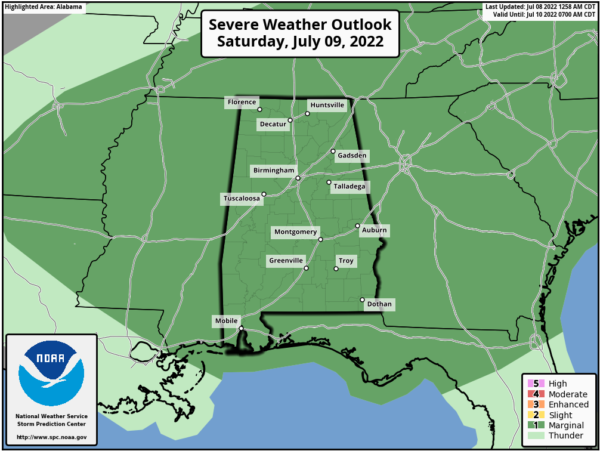 The SPC has all of Alabama in a “marginal risk” (level 1/5) of severe storms tomorrow…again the main threat will come from strong gusty winds with heavier storms. Highs this weekend will range from the upper 80s to lower 90s.

INTO NEXT WEEK: Much of the week looks fairly routine for mid-July. It will be hot and humid with highs in the low 90s most days with those randomly scattered afternoon storms.

IN THE TROPICS: The Atlantic basin is quiet and no development is expected through the upcoming weekend.

WORLD TEMPERATURE EXTREMES: Over the last 24 hours, the highest observation outside the U.S. was 118.4F at Jahra, Kuwait. The lowest observation was -101.2F at Dome C, Antarctica.