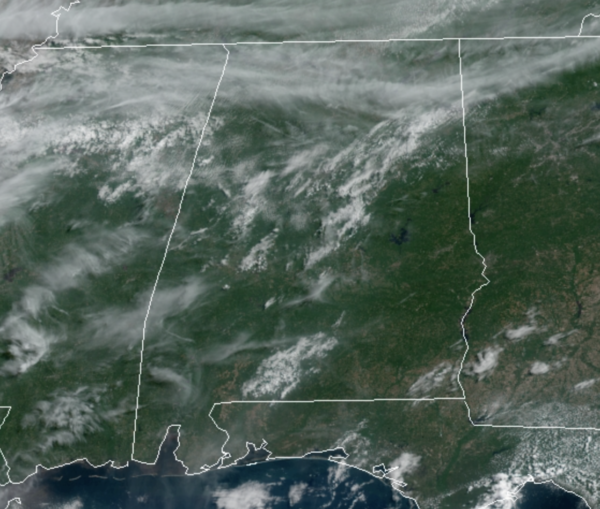 A surface front is pushing south through Alabama today and it could help fire off some showers and thunderstorms across the southern half of the state today. A few strong to locally severe storms may be possible over the southern half of the state, and for that reason the SPC has introduced a low end “marginal risk” of severe storms down that way. 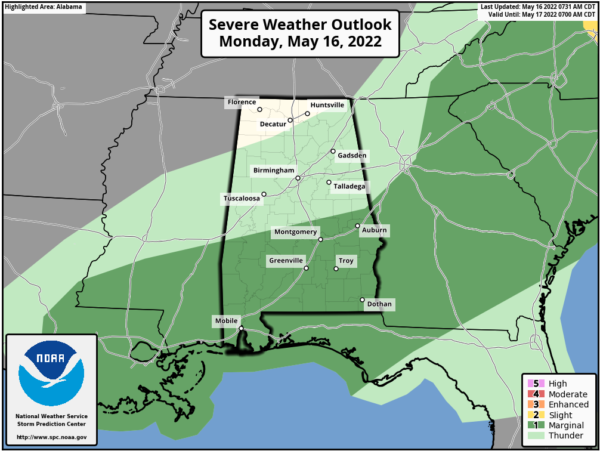 Any storms today could produce gusty winds and hail, but these will be rather isolated in nature and many locations look to remain dry. Highs will top out in the lower 90s.

ACROSS THE USA: Scattered severe storms may produce damaging winds, hail, a few tornadoes, and isolated flash flooding from central New York/western New England southward into the Carolinas on Monday. An expansive early season heat wave will persist through the week bringing record-breaking temperatures across the Southwest through the Southern Plains through the week.

THE HEAT IS ON: The upper-ridge strengthens the rest of this week, so expect a sunny sky each day and the hottest temperatures so far this year across Alabama as low to mid 90s are expected through Friday. The good news is that humidity levels will remain low enough that heat advisories will not be needed.

WEEKEND WEATHER: The ridge starts to break down this weekend and an approaching cold front will bring an increase in showers and storms across Alabama. The weekend won’t be a “washout”, but a passing shower or thunderstorm is very possible from time to time. The sky will be occasionally cloudy, and highs will drop back into the low to mid 80s.

NEXT WEEK: For now the week looks fairly routine with warm, humid days and some risk of random, scattered showers and storms pretty much on a daily basis. Highs will be mostly in the mid to upper 80s.

WORLD TEMPERATURE EXTREMES: Over the last 24 hours, the highest observation outside the U.S. was 120.2F at Banda, India. The lowest observation was -87.3F at Dome A, Antarctica.