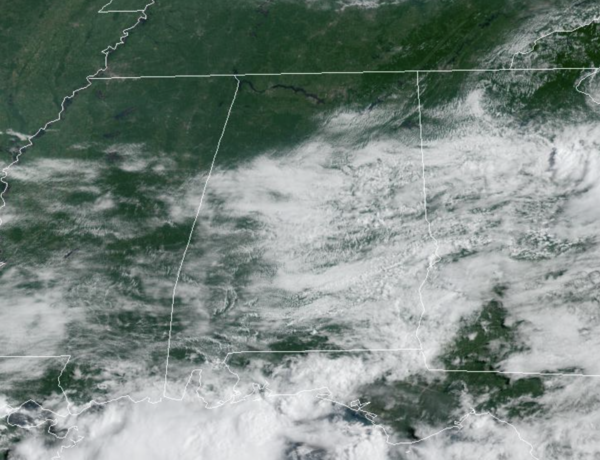 A weak frontal boundary is slowly sinking south through Alabama today, and behind it, a drier airmass is dropping into the state. North Alabama will feature dry and mainly sunny conditions, while Central and South Alabama will deal with a partly sunny sky and scattered showers and storms this afternoon and evening. Temperatures this afternoon are in the upper 80s to low 90s.

WEEKEND WEATHER: The front pushes down to the Gulf Coast this weekend, and both Saturday and Sunday will features lower humidity levels with highs holding in the upper 80s to low 90s. Expect a generally sunny sky both days, but the real change will be those overnight lows as most locations across North and Central Alabama will likely see those soothing 60s. Near the front along the Gulf Coast is where the better chance for rain and storms will be this weekend.

TROPICS: Most of the Atlantic remains quiet, but a surface trough of low pressure is developing over the north-central Gulf of Mexico just offshore of southeastern Louisiana. Development, if any, of this system is expected to be slow to occur during the next couple of days as it drifts west-southwestward over the northwestern Gulf of Mexico. Regardless of development, locally heavy rains are possible along portions of the Texas coast through the weekend. Formation chance through 5 days…low…10 percent. 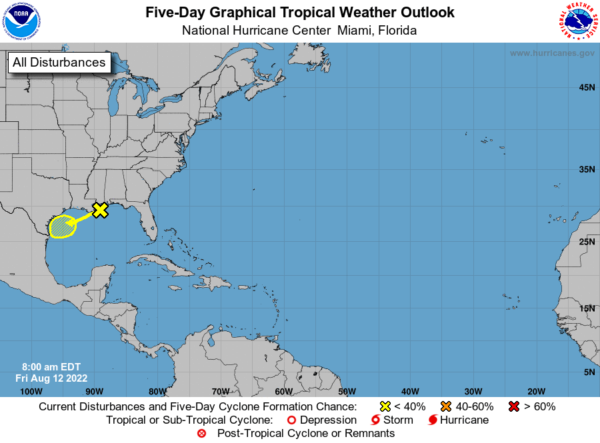 NEXT WEEK: Monday will be dry, but by Tuesday and the rest of the week, we will bring a the “routine, summer forecast” back to North/Central Alabama. Expect partly sunny days with afternoon and evening showers and thunderstorms in random, scattered spots. Highs will remain in the upper 80s and low 90s.

WORLD TEMPERATURE EXTREMES: Over the last 24 hours, the highest observation outside the U.S. was 122.7F at Ahwaz, Iran. The lowest observation was -89.5F at Dome A, Antarctica.