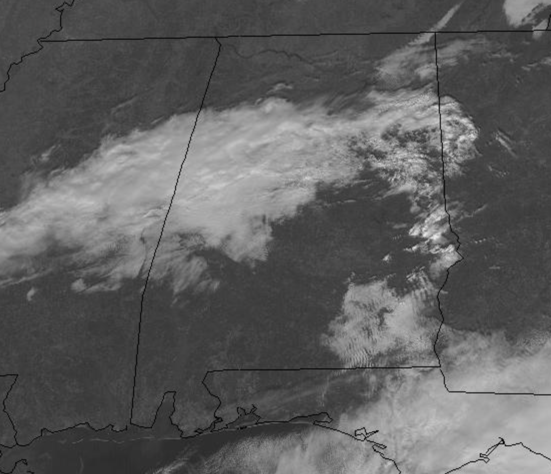 An upper-level shortwave is tracking across the state today and is bringing us more clouds than sun, and even a few light showers on the radar with some sleet and graupel being reported. 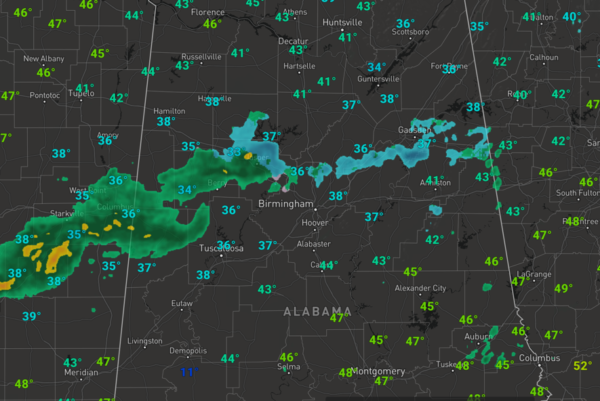 Nothing especially heavy or widespread due to limited moisture, but it is providing a little bit of excitement anytime frozen precipitation falls from the Alabama sky. It is another chilly day with temperatures in the 30s and highs this afternoon are not going to make it out of the 40s. Tonight will feature passing clouds with lows in the upper 20s and low 30s with a few light snow shower possible across East Alabama.

WARMER TOMORROW: Tomorrow will be the pick of the litter days this week with a partly to mostly sunny day, we should see highs in the mid to upper 50s, with even some low 60s across South Alabama.

FRIDAY FRONT: A cold front will move through the state early Friday, and again limited moisture means it should move through in a mostly in dry fashion, but we will mention at least the chance for a few rouge showers as it does. We should see more clouds than sun through the day, and temperatures will likely fall into and settle into the low 40s by afternoon with a chilly north wind.

WORLD TEMPERATURE EXTREMES: Over the last 24 hours, the highest observation outside the U.S. was 117.9F at Ndzevane, Swaziland. The lowest observation was -70.2F at Ekyuchchyu, Russia.