A cloudy start to the day, but through the morning hours, we have been watching the clearing line slowly sink south through the state, with a mainly sunny sky returning returning across Alabama. 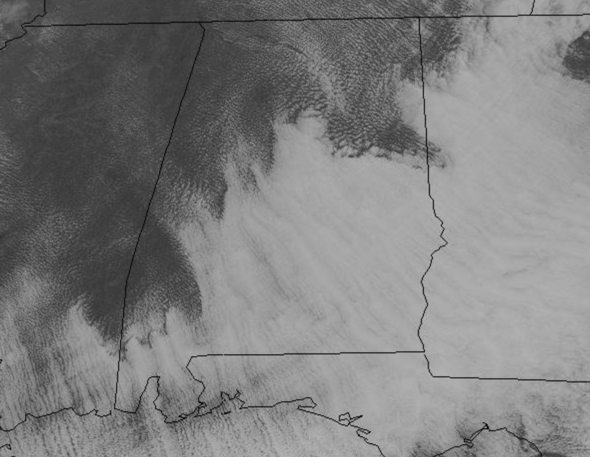 It is a cold day with temperatures holding in the 30s and 40s for most locations. 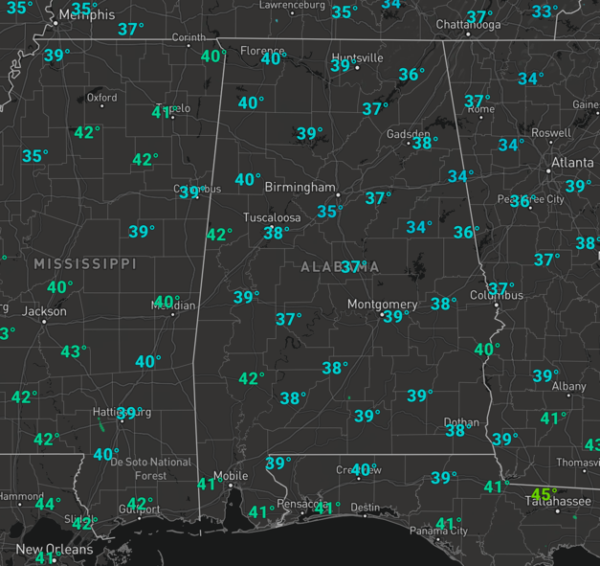 The clear sky tonight will allow for temperatures to drop well down into the 20s early tomorrow. Then, during the day tomorrow, we rise into the mid 50s with a good supply of sunshine.

THE ALABAMA WEEKEND: Clouds return to the state Saturday, but the day itself looks to be dry. Areas of light rain are expected across the state as we head through Saturday night and into Sunday, with most of the rain shifting into South Alabama during the day Sunday. Again, the surface low with this system will be to the south of the area, so severe storms are not expected, and moisture looks rather limited, so rain amounts should be under 1/2 inch. Highs over the weekend will be in the mid to upper 50s.

WORLD TEMPERATURE EXTREMES: Over the last 24 hours, the highest observation outside the U.S. was 111.2F at Thargomindah Airport, Australia. The lowest observation was -59.4F at Ojmjakon, Russia.

WEATHER ON THIS DATE IN 1924: A severe icestorm struck central Illinois. It coated the ground with nearly two inches of glaze at Springfield. The storm caused 21 million dollars damage along with much hardship. Ice was on the trees until the 4th of January, and electricity was not restored until January 10th.